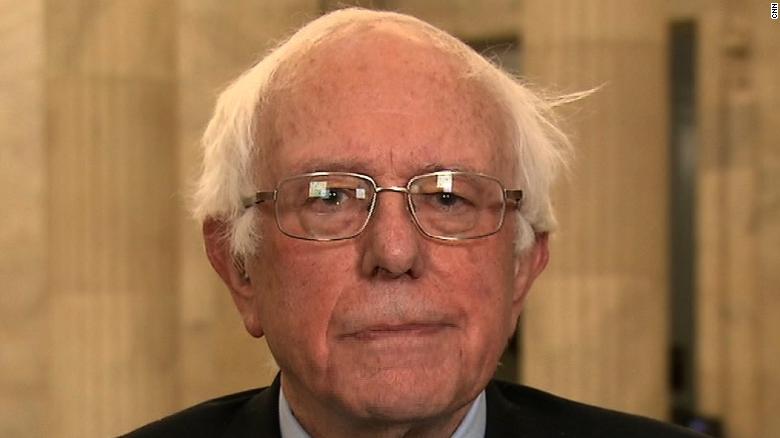 Case in point: a young woman in attendance stated that she was a little reluctant to support Sanders, given the latter’s inability to respond in a meaningful way to accusations that one or more members of his campaign abused women. Sanders said he wasn’t particularly interested in the situation at the time, but has learned quite a bit since then and now takes matters like this seriously. Delighted applause by his sycophants in the seats, and complete disinterest by Blitzer in asking what the living goshdamned hell that non-answer meant. In fact, Blitzer moved on to another questioner, rather than posing the obvious counterpoint: when candidate Donald Trump described some of his actions as locker-room-talk, from which he has developed greater sensitivity, the media laughed for months and still brings up his non-answer. Sanders and Trump used different words, but the brush-off was identical.

Right you are. Really, whatever you don’t want to do anymore, let someone else pay for it. This is a switch from the usual zero-sum economic understanding that most socialists have. Most of them assume that there’s a finite amount of economy in the world, and the rich get richer by taking more of it, and the poor get poorer because there’s less and less for them. Not to Sanders: there’s an infinite supply of money—septillions of it, maybe—and we just need to pry it out of the Milburn Pennybagses who live across America.

And it’s not just money. Sanders’ observations on America assume you believe the following:

As a moderate person of typical thinking ability listens to Senator Sanders, he or she is certain to wonder “Where is he getting all this?” Sanders seems utterly unaware, in his sputtering rage, that none of these claims seems to hold water, or in fact have been implemented to an astonishing lack of success. Maybe we didn’t try hard enough, he would propose in a typically socialist way.

He seems to have no understanding of foreign affairs, has probably never talked to anyone from the magical country of Scandavia, is unaware of the Obama presidency’s dismal experiments in identical progressivism, and seems to be absolutely obsessed with Donald Trump as the most evil thing in creation. And this went on and on… with him repeating himself over and over.

But that’s Bernie Sanders the candidate. Bernard Sanders, the person, is much different: he’s a cold-hearted schemer who enjoys living a stunningly luxurious life and moving money around in questionable deals. His ethics, to say the least, are so questionable that many on his staff are in serious trouble. Indeed, as of today (and since last night), most of his advisers have bolted from his campaign.

Senator Sanders is a profoundly unserious person living in a world that doesn’t quite sync up to experience. He’ll probably advance quite far in 2020.

* The irony here is that someone did get hacked: the Democratic National Committee, with the result being the discovery that it was Hillary Clinton who rigged the primaries so that Sanders would lose. Sanders, if he really believes Russia was behind it, ought to send a thank you.