↓
Home→Uncategorized→Confiscation Theater and the Theater of Confiscation

It’s been about 25 years since Uncle Jay wrote in with a question or observation, and he makes up for it by providing both. And, better still, on one of our favorite subjects here at the Big G, firearms.

The last time the Czar went through Chinese customs, Lung Ch’ing was still emperor over there so zip-ties weren’t as much of a thing then. But the nature of Chinese security hasn’t evidently changed much because what’s the point, really? If the Chinese TSA (the Aviation Security Authority, actually) wanted to save lives of passengers on their airlines, they would urge people to fly other airlines, given that safety record.

But your observation about gun control is something that has long stuck in the Czar’s angry brain. You are absolutely correct: for the anti-gun crowd, there only is one—and only one—truly effective gun control measure: absolute confiscation. 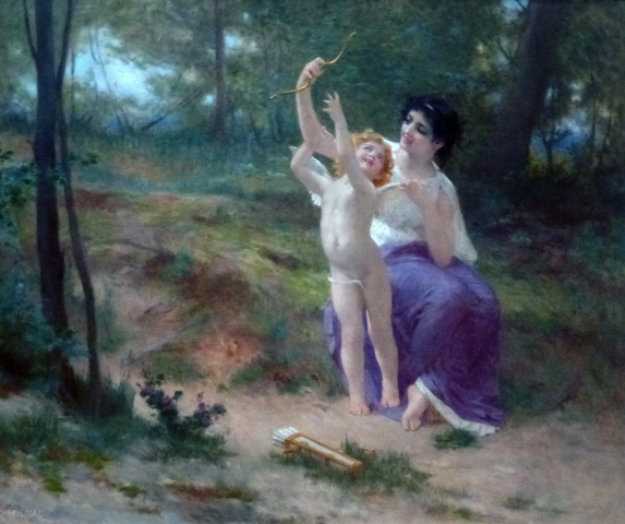 A world without firearms, truly.

If you doubt this—let’s say you’re one of the many undecided folks, like a neighbor of ours in Muscovy—any gun law you pass will not stop a bullet from hitting you at some point. If you look at any of the shootings of the last 50 years, whether some spectacular mass shooting to some lowlife thug needing a few bucks for a drug deal, the weapon involved was used in an illegal manner. Think that over, readers: any time someone uses a firearm to shoot or kill someone outside of a legal self-defense situation, the shooting was illegal, right? Meaning, of course, that there already was an existing gun law to protect you that simply didn’t protect you.

The only way to guarantee that people don’t shoot guns despite the law, or buy them, or carry them, or brandish them, or dangerously test them, or goof around with them, is to ensure that they cannot ever get hold of one. And that means existing guns, not just new ones. So yeah, in order to appease the gun control side, you truly need total confiscation.

Make no mistake that this is the intention. Our own president has not denied this, even though a lot of gun-control folks believe otherwise. When President Obama says he wants “common sense gun control,” “like they did in Australia,” he’s talking confiscation because that’s exactly what Australia did. Likewise, that’s what the Brady folks want, what a lot of Democratic candidates echo, and what the Joyce Foundation is referencing.

And gun crime went down over that period—by exactly the same amount, percentage-wise, that gun crimes went down in America in the same time period—because gun-related crimes have been trending down for about 40 years for a variety of reasons, not one of which was the passage of gun control laws. Further, because Australia’s population is so much lower than ours, the number of actual shootings that decreased was only a handful.

But wait—a sharp reader will ask—if Australia confiscated all the guns, why are there any shootings at all? Funny thing, that little bit there. Australia said they confiscated all the firearms in the country, but the reality is that they only got a minority fraction of them. So even under total confiscation, there’s still a lot of gun crime in Australia.

What’s a common sense gun law? For starters, you should be able to own any or all of these. No problem. Because why not? What’s the difference between this and a garage full of classic cars? Wait, gun control fans—think before you glibly answer that. The Czar has a takedown of your argument already to go.

Because Australia did it exactly the way it’s being proposed for our country: only the honest public will be forced to turn over their weapons. Liberal leaders—or in our case, Democrats—will carve out an exemption for themselves. Like Chicago did: the Windy City declared a ban on all firearms, except of course for police and, well, the alderman who voted for the ban. Aldermen were allowed to pack heat in Chicago, any time anywhere. Not because they were being hunted, of course, but because they wanted to. Gun control is cool provided you still get to carry one.

You referenced Kabuki theater, Big Guy, and indeed that’s all gun control has ever been. It has never been demonstrated to work (hey, Mexico has total gun control; what’s their crime rate?), fails every honest and reasonable test, and even contradicts open-and-concealed carry findings.

There are three types of people who advocate gun control: liars, like the Chicago aldermen who simply want you disarmed while giving themselves generous exemptions, the duped, who aren’t exposed to the realities of firearms (good and bad) and are letting others make up their mind for them, and fools, who live in a fantasy world where the NRA eats money and vomits child-killing bullets, as well as all the things you list in your penultimate paragraph above. The Czar hasn’t met a fourth category, ever. The second group is unreasonably large, but they are usually the easiest ones to talk to.

And the first group is bigger than any of us want to know. Fortunately, they’re easy to identify: they’re the ones making the loudest, most urgent demands on mass media. The Czar particularly likes their defense: “No, really, we want the military and police to be the only ones with firearms,” which by the way they also want to be in charge of. It’s the same thing.

Here’s the good news: gun control like that is never going to happen in the United States. Despite the fact you hear every single freaking day about a state passing a may-issue bill, or another community putting a ban on some sort of magazine, the reality is that gun control is supported by a shrinking minority of the country. And yes, the percentage of gun control support is dropping at about the same rate that violent crimes are dropping.

Most of you already know that seismic shift in attitude that happened since the 1980s, when most of the country prohibited any form of legal carry, to today, where all 50 states allow it in some form. An increasing number of states are going to constitutional carry at about the same rate: there are too many people that oppose gun control in this country. Gun ownership itself is at record levels, and the more people that buy or carry weapons, the better gun safety gets. Except for a shrill, dagger-shaped pie wedge that wields a lot of influence over politicians—and the behind-the-scenes federal and state regulators who silently create laws out of thin air with a stroke of a pen—you’d think there was nothing whatsoever to worry about.

A time is probably coming when that minority will be out of power completely, and most Americans will prize responsible gun ownership to the right levels. At that point, you might see sweeping repeals of existing laws and real common-sense gun laws hit the books: maybe even in Australia, too.