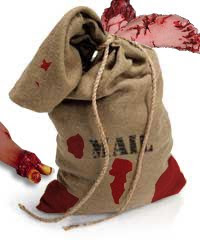 Thank you for your thoughtful coverage of the opening ceremonies.

I have always been a fan of ‘the Olympics’ since I was knee high to a grasshopper.

Growing up in the 70s and 80s, the Olympics were more a proxy war between the communist ideologues and the West. It’s no coincidence that James Bond even hit a couple of Olympic training sites during his flicks. It was regularly scheduled East vs. West rendevous, intrigue was expected to happen. The eastern bloc nations always had an unfair advantage, as professional athletes were verboten, but paradoxically, all communist athletes were professional because every communist had a job, that’s how communism worked. I was flu-ridden during the 1980 olympics and was able to enjoy Eric Heiden winning 5 gold, and the Miracle on Ice live. That was a testament to the coverage as well. ABC’s Jim McKay covered the Olympics and it was sports with a touch of global politics.

Ever since NBC took over it’s been maudlin pablum with a script straight out of a Paddy Chayefsky novel with the occasional event in between.

Ever since NBC took over it’s been maudlin pablum with a script straight out of a Paddy Chayefsky novel with the occasional event in between.It doesn’t help that the Cold War is over. There isn’t that mystique like there used to be. I was fortunate to miss NBC’s coverage of Barcelona in ‘92, the first post cold war Olympics, because I was there, but ever since, it’s been poorly covered on American TV.

I wish Fox would make a drunken sailor bid for the games some year, but that would be asking too much.