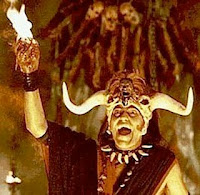 We always strive to be accurate. So in fairness, Dr. Phil Jones said that “This trend (0.12C per decade) is positive, but not significant at the 95% significance level.”  So while we chew on what that means, note the graph below shows almost no trend, but rather a wild variance statistically-speaking and maybe (looking at the range from 19 to 4 years mark) a cooling trend.  Sufficed to say, the spin control is in overdrive – folks reliant on grant money researching climate change are fighting tooth and nail after multiple failures and plain inaccuracies are brought to light. 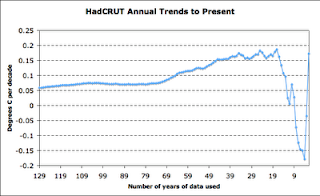 Note that this data uses the Hadley CRU “adjusted” data sets which could have errorneous adjustments.  I mean you can see what some adjustments by this crowd does.