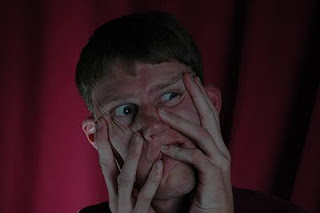 No, I’m not talking about the Billy Crystal / Gregory Hines movie from the 80s.  I’m describing what the current administration and congressional democrats are doing with the healthcare reform effort.  They are attempting to ramrod through the bill before public sentiment rises to the point that the 2010 elections will be a moot point.  We have the insurance industry concerned about the healthcare reform bills and independent consultants have examined it concluding that it’s going to be a fiscal disaster while really not improving the number of Americans covered by health insurance.  But who really matters in this discussion?  Healthcare providers.  Without them, this isn’t a debatable subject.  So what do doctor’s think?  Well, according to an Investor’s Business Daily series, an almost super majority of doctors are opposed to all of the reform plans.  1400 doctors were surveyed and 71 percent believe that we would be subject to significant rationing if the government attempts to cover 47 million additional people.  And almost half of those surveyed said that they would retire early if the reform plan goes through.  Thanks to Medicare and Medicaid, doctors already are getting shorted on payment for their work – ObamaCare will only worsen that.  And if that many doctors leave the active industry, the rationing will only increase as there will be fewer practicing physicians left.  This isn’t healthcare reform.  This will prove costly and dangerous for our country.

Maybe you don’t believe this conclusion?  Go look at the state of Massachusetts.  They’ve implemented a sort of statewide “universal” healthcare.  They’ve now had 4 consecutive years reporting that the state is short supply of doctors – some in critical specialties like OB/GYN, Vascular Surgery, Family and Internal medicine and Neurology.  Add to this the fact that enrollment in medical schools is on the decline.  Forecasts show a loss of over 150,000 physicians in 15 years.

So what is our congress doing?  They’ve voted on a skeleton bill.  It has no substance and only contains a vague description of the bill – descriptions that have raised all of these concerns over cost, coverage, rationing, etc.  They have yet to actually author legislative language for this reform bill.  They have refused to put the bill online for public review.  They are opposing having a mandatory grace period for congressional staff review.  They are working on the bill behind closed doors.  Something that the White House has come out in support of, describing it as “the way these things are usually done.”  So why am I bent out of shape (‘Puter and Volgi have the vice and hammer ready to bang out the dents) over these things?  Well, they claimed that this was going to be the most “open, honest and ethical congress ever”.  So much for Pelosi’s words…and that she said was for our children, so you can see how she values them.  And President Obama campaigned on “hope and change”, remember?  This hope and change was going to change the way business was done in Washington.  No more earmarks.  Oops.  No more special interest groups.  Ooopps.  More transparency.  Ooops.

This has nothing to do with the GOP, Rush Limbaugh, Fox News, Republicans, or anyone else.  The American people, including some members of groups I just named, have questions about this.  We have concerns over how the congress can be attempting to garner support for a bill that no one has even written yet.  We have concerns over the cost-benefit analyses of these proposed items that might be in the bill.  But it is the democrats and the president who are ignoring their own words.

Many who are familiar with the various bills and proposals on the hill for this topic say that the coverage won’t kick in until 2013.  Given that we have 3 to 4 years, I think spending a week or a month extra now to review a proposed bill for a program of this size is a reasonable thing to do.  If these elected leaders aren’t reasonable, then they should be removed from office at the first opportunity.