↓
Home→Gormogonica→What Have you Been Reading? 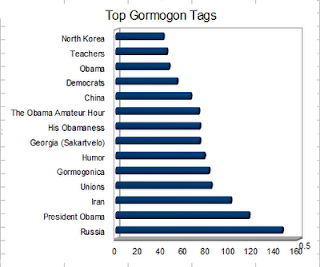 As part of a retrospective look back on the past year, I took a quick glance at the top tags used in our posts (pictured – click for larger view). I clipped it tothe 14 as there was a natural break count-wise. This doesn’t account for similar tags but maybe I’ll take a cut at that later this weekend.