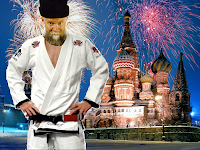 So speaks The Carbon Fibber: The Holy Obaman Empire has more Czars than Czarist Russia AND The Gormogons combined.

The Czar of Muscovy…most pleased with this line. The Carbon Fibber is hereby granted that should he ever visit and spend a night in Muscovy, there shall be no knocks on his hotel door at midnight. Enjoy a full night’s sleep without interruption or firing squad.