Lao Tzu (for whom the Volgi has always had a low tolerance and once hit him in the head with an empty port bottle) once wrote “The Dow which can be spoken of is not the eternal way.” Indeed, the Dow is spoken of mightily these days, and many news broadcasts have basically reduced their business reports down to whether the Dow was up or down.

What is the Dow? What does it represent? Is it a good economic measure? Why does the mainstream media emphasize its value?

The Dow Jones Industrial Average (DJIA or just DJI to its pals) is simply this: a company called The Dow Jones Corporation selects 30 stocks it thinks are significant and well recognized in business. It adds their prices together and divides it by thirty to get an average. That sounds simple, but Dow Jones realizes that if one of those companies offers a stock split, the price could drop massively; if one company takes on a merger, the price could go up or down wildly, even though nothing untoward happened. So to prevent that mess, and provide a bit of stability from day to day, Dow Jones then divides this average by another number it calls the divisor. The divisor changes frequently but follows some basic rules. The point is to smooth out the average stock price of those 30 companies. There are other Dow Jones averages, too, but most people are only aware of the Industrial one.

But can you really determine the mood of the stock market based on thirty companies? Standard and Poors disagrees, and has their own method. NASDAQ is another method. There are thousands of indices, each one different from the other and convinced of its own superiority. The fact that the DJIA, the S&P500, and the NASDAQ are very different numbers from each other, and that one can be up while two are down shows how little they indicate anything of value to the average person.

To a person who has a mutual fund tied to one of these indices—say he has money tied to the S&P 500—he makes money when that index goes up; he loses when it goes down. To a person with no index fund, indices never indicate whether he made or lost money. Incidentally, that person represents nearly all investors, since only a minority of investors are tied to index funds; the rest of us own wacky combinations of individual stocks, invest in IRAs, 401(k)s, bonds, and funds…all of which is not tracked by any indexed average whatsoever since everyone’s combinations are unique. 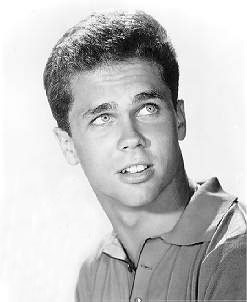 Why then is the Dow so important to the stock market? Investors use the Dow as a quick temperature check of how only the New York Stock Exchange is doing; the NYSE is big and powerful, and the Dow can be a quick shorthand to gauge how Wall Street is feeling about big business…and that’s about it. Actually, only about one-quarter of big business: the S&P 500 is able to summarize about 70% of the total dollars traded that day.

So if the Dow is a fairly relative measure for only 25% of the stock market, and it fails to capture data on most of what people invest in, why do television and radio business reports unfailingly provide the Dow’s value?

The answer: because the media don’t freaking have a clue. Right now, you, Dear Reader, know much more about the Dow from reading this post than most people in the mainstream media. To them, the Dow represents the economy itself. If the Dow is up, the economy is up.

This is precisely why many news networks are announcing that President Obama’s plans to fix the economy are working: because the Dow has been trending upward. Never mind that the bond market is a wreck, and the credit market is in shambles, and that unemployment is at staggering levels not seen in decades. Inflation (increases in price for stuff you buy each day) has become a real fear, even though most money seems to be tied up somewhere. But rather than report all this messy complexity and all its terrifying implications, the media feels they can summarize all this chaos by telling you by how much the Dow was up or down that day. Wrong!

And there is one more thing. The Dow Jones Company has a subsidiary that provides business news and analysis to news organizations so they do not have to bear the expense of hiring people who understand this stuff. So when you hear the business news lead off with a summary of the Dow, you are hearing subtle advertising, particularly when there is little or no mention of the S&P 500 or NASDAQ. Like if Microsoft wrote the sports reports, and somehow every story managed to invoke IE8 by name.

This is not to say or suggest that the Dow is full of crap: it is a useful number in context with other numbers. But the news media’s infatuation or obsession with the Dow, particularly when linked to the President’s current performance as self-proclaimed economic savior, is indeed full of crap. And that crap index is at an unweighted, all-time high right now.