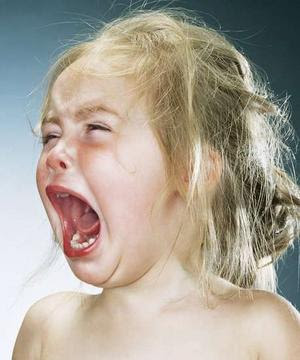 We’re increasingly a nation of whiny little babies who don’t believe success ought to be earned.  Ruben Navarrette, Jr. posts an excellent column concerning student’s growing sense of entitlement to success, regardless of ability.

According the study cited by Mr. Navarrette, students today believe that showing up and trying hard should be sufficient to earn high marks, regardless of actual performance.  Schools, teachers and parents (mostly parents) have fostered this sense of entitlement.  ‘Puter’s going to let you readers in on a secret.  Half of the people in this country are definitionally below average.  And only ten percent of citizens can be in the top ten percent of the quality measured.  It’s difficult to believe, but maybe your precious baby ain’t so exceptional after all.
How come folks have no problem with the concept that out of shape 5’4″, 320 pound Billy shouldn’t be starting quarterback on the high school football team, but these self-same folks can’t get their heads around the concept that maybe Ray with an IQ of 85 isn’t quite up to AP Physics snuff?  America’s done itself a grave disservice by lying to itself and its children, telling them that college is for everyone.  It’s not true that one can achieve anything one sets one’s mind to.  It’s a load of feel good crap that has damaged more people than it’s helped.   ‘Puter’s never going to run a 4 minute mile, nor is he going to master the fine points of thermodynamics, but ‘Puter is good at other things.  Get Billy to a weight loss class, and put Ray in low level science.  Better yet, find something Ray is good at and likes (our de-emphasized vocational programs, perhaps) and help him achieve that instead.  America is wasting resources pushing kids into things they are not equipped to do.  The wasted money and years are better spent building on one’s strong points.
‘Puter’s boss has a useful response to ‘Puter’s delusions of grandeur.  Whenever ‘Puter performs as expected, and seeks some sort of recognition, ‘Puter’s boss responds “Thank you for doing your job.”  This serves to remind ‘Puter that he has merely done the expected, and no recognition is deserved.  It also focuses ‘Puter on working harder to achieve the recognition (read raise) that ‘Puter desires.
Parents must support their children.  Sometimes support entails difficult conversations, including pointing out your children’s weaknesses in order to teach them.  Too many parents are shirking this duty.  In fact, many parents are telling their children they are exceptional when it is clear that their children are no.  Worse, these shirking parents expect the teachers and schools to perpetuate this charade.  Too often, teachers and schools do go along.  The result is a nation of self-entitled little schnits, too many of whom have interned for ‘Puter.
For the good of all, our little dears must be taught that sometimes your best is just not good enough.  They’ll learn soon enough anyway.