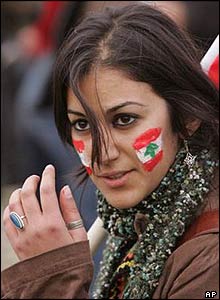 Amir Taheri says it looks like it. Looks like they’ve got their Operation Himmler false-flag operation all set up, and are just waiting for a Gleiwitz Incident. Credit where credit is due, the pretext of going after Islamist terrorism is pretty clever, if transparent.

This is another place where our on-going problems with Turkey will bite us. A relatively united front between the U.S., Israel, and Turkey has often been enough to deter Syrian adventurism. At the moment, though, the U.S. is massively distracted, Israel’s in a funk, and Turkey’s having a bit of a nervous breakdown. So I’m guessing Bashar al-Assad is feeling his oats. If the financial crisis drags out in the U.S., watch for many more nasty nations—particularly those fueled by resource wealth rather than industry—to decide to go make their neighborhoods more to their liking.