↓
Home→Chaput→St. Joseph of MBNA, Doctor of the Church 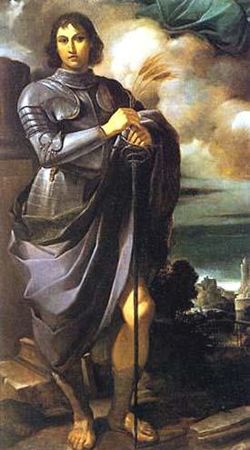 Intentionally or not, Joe Biden, never able to shut his mouth, has dared the American episcopate to slap him down. That group, traditionally old-line Democrats, has ever been loath to come down on scions of their party, but this kind of stuff is going to be awfully hard to ignore, and not just by guys like Abp. Chaput, who are comfortable taking a counter-cultural stance. The traditional “we’ll counsel them in private” stance looks increasingly laughable when the “counseled” come out with these type of ill-informed, nonsensical statements.* Indeed, Biden, by making these kinds of statements is, in the Church’s eyes, actually committing the serious sin of scandal, by drawing others away from the teachings of the Magisterium and hence into (potentially grave) sin.

*Or, as noted in connection with Nancy Pelosi in Greydanus’s piece, if the one to be counseled refuses to actually take counsel.