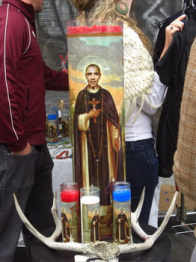 ‘Puter thinks this op-ed in the New York Post today is exactly right. An Obama presidency, with the quick passage of the misnamed Employee Free Choice Act, would be devastating to small businesses nationwide. And ‘Puter’s Washington contacts (seriously) confirm that one of the first orders of business for Congress under an Obama administration will be to pass the EFCA.

As the op-ed notes, the EFCA takes away an individual worker’s right to a secret ballot, and gives the union attempting to organize the upper hand over management. This is nothing more than a Democrat sop to its moneybag unions, intended to tilt the playing field in order to reverse the natural demise of unions in the private sector. Private sector unions are failing because employees are choosing not to have them, fearing fatally harming their employers’ ability to innovate and grow. Public sector unions thrive because there is no competition forcing government efficiency.

If you, reader, want your private industry (think grocery and department stores) to be as efficient and customer focused as your local Department of Motor Vehicles, then by all means vote for Sen. Obama.

Assuming an Obama win, the next 4 to 8 years ought to be an object lesson in how to ruin an economy by imposing socialist diktats. How about this for a campaign slogan? Obama: bringing government efficiency to the private sector since 2008.

* Creepy Obama shrine in San Francisco courtesy of Mark Steyn at The Corner, via Drudge.