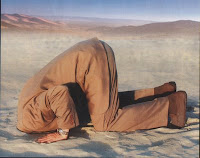 You put three guys together on a blog and there is some desire to “one up” each other. So, I’m going to submit the following as trumping the Volgi’s “post on Delusional Idiocy of the Week.

According to Sen. Obama, if we all inflated our tires properly, we’d save more oil than what we could produce from offshore drilling. While I’m paraphrasing that because the Senator decided to be sophomoric and made a quip about McCain insinuating to drill where Sen. McCain was standing, it is what the Senator and the lap-dog media outlets have communicated over the last day or so.

Really? All we have to do is inflate our tires? Hmmm, well my tires are inflated. My wife’s tires are inflated. My parents’ cars’ tires are inflated. Oh, but one might suggest not inflated enough? Nope. I checked. My tires are inflated to the proper PSI as shown on the tire. I checked my wife’s car (we’re getting ready for a vacation with a 600-mile drive) and we’re good there too. I would submit that someone is making an estimate (and probably not one based on any statistical merit) that some percentage of American’s are driving with poor tire pressure. Maybe I’ll get motivated enough to do so, and check all the tires in my office’s parking lot (that’s over 100 cars). I’d wager that the percentage of people with ill-inflated tires is pretty small. Trust me, I’m not against proper inflation and good conservation practices, but these do not make a good energy policy worth touting.

So, setting good science practices aside (much like we have to do while listening to Big Environment on the Global Warming deal), let’s buy into this for a minute. So, the next logical question to the 143-day-experienced junior senator from Illinois should be, “How does that help American become energy independent?”

You see that space just before the “You” at the beginning of this sentence and the quotation mark at the end of the last one? That’s his answer. Nothing. Zip. Instead, he’s off touting that it would take 7-10 years to get oil from offshore drilling and that it wouldn’t affect prices that much. Wrong. Economists have said that even the dialog about opening up offshore drilling has contributed to the recent $20+ slide in the price of oil per barrel. What the Senator from Illinois is doing is a nice debate trick of obscuring the issue. Gas prices are driven by oil speculators (and taxes) and if they perceive that the U.S. will increase domestic production in the future (hint, hint, speculators look at the future, not the present), then they will get out while their position is still good.

To really evaluate both candidates on this issue, it comes down to the question of “should we do something now to become more energy independent or not?”