↓
Home→Firefly→“I’ve Got a Really Bad Feeling About This” 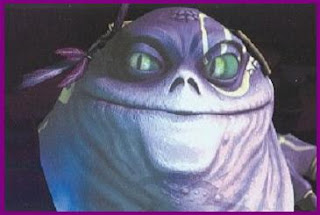 As mentioned earlier, GorT and family went to the see Star Wars: The Clone Wars in the theater. My seven-year old son is fixated on Star Wars. As readers will probably learn over time here, I’m rather easy on most movies. I’m all for a little escapism. I tend to enjoy (at least to some degree) about any movie for which I’m willing to plunk down money.

The best description that I was able to come up with is that it’s animated bad acting. Seriously. My wife and I checked our watches several times. There isn’t much of a story and most of it is an extended battle scene. Not necessarily a bad thing, but here, yes. Maybe as short, Saturday morning cartoons, the Clone Wars would be good. As a almost-two-hour feature film – not so much.

I won’t spoil the movie plot (if you want to call it that) here, but Ziro “Truman Capote” Hutt, Jabba the Hutt’s “Hutt-let”, and the repeated Obi-Wan being one-step behind Skywalker got really old, really fast. To use a Gormogon inside joke: “This movie really sucked”. It’s got an 18% on Rotten Tomatoes.

Wow, I’m almost thinking I should have thrown a bone to my daughters and picked “Kit Kittredge: An American Girl” over this movie. And I’m a big animation fan.

Finally, when will Lucas come out and admit (at least publicly on record) that the original Star Wars (don’t give me that “New Hope” crap) was the only one that he had planned originally and the rest he scraped together….and scraped pretty low as the series went on (in release order). Let me hit the high points (or low points) that truly crapped all over the series: “Luke, I’m your father”, Ewoks, Midichlorians, Hayden, Portman, Jar Jar Binks, Ziro the Hutt, etc. etc.

He should have ended at the first one before the Joseph Campbell crap went to his head. This is a great article on it especially when you read through the comments as well. And yes, the commenter is correct that if you want to see a good SciFi series that stuck to good stories, decent dialog and interesting character, take a look at Whedon’s Serenity/Firefly.