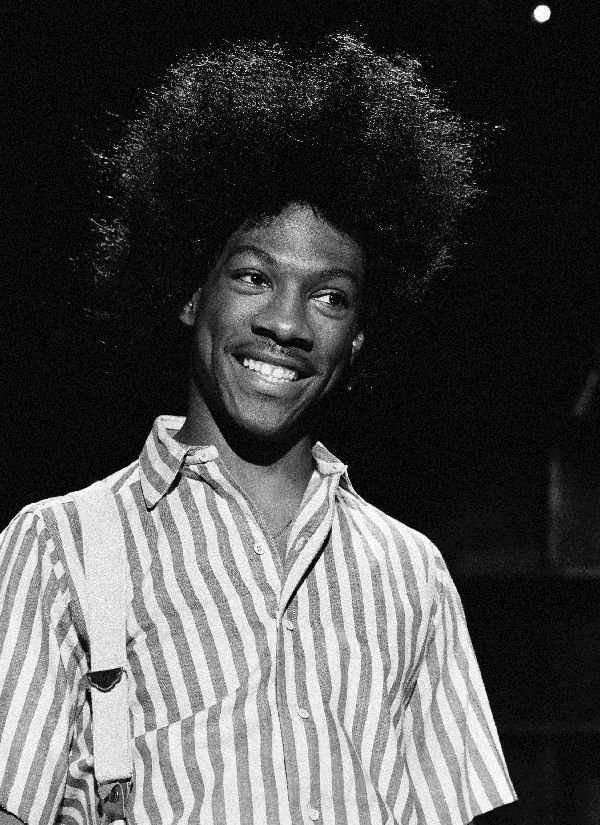 Eddie Murphy’s iconic SNL character Buckwheat today tweeted his disgust with Colin Kaepernick and called for Kaepernick to get his own hairdo. Kaepernick, currently employed as the last resort booty call of the horrible woman who ruined his career, could not be reached for comment at his home in a van down by the river.

Rule 1 is the only hard and fast rule applicable to all Americans. Think about it. What other generalization can you make that covers the trailer park junkie in rural West Virginia, the inner city gang member dodging bullets in Chicago, smug, liberal, bubble-dwelling Ivy League professors, and richer-than-Croesus captains of industry?

‘Puter can almost hear his three loyal readers crying out, “So what, ‘Puter?”

Here’s what. Professional sports decided to violate Rule 1 and are paying the price.

It started innocently enough. Colin Kaepernick started dating a hard Left, socialist, “activist and radio DJ.”  As one might imagine, her politics are a bit to the Left of America’s in general. Kaepernick fell under the seductive spell of politics and pussy (mostly the latter), grew out his hair, and decided to stick it to Whitey T. Mann at his place of employment by refusing to stand during our national anthem.

Last season, the NFL decided to ride out Kaepernick’s ill-advised tantrum, allowing him to continue his juvenile protest without interference. Kaepernick’s corrosive asshattery spread to several other players across the League, but for the most part, it didn’t really catch on.

His protest didn’t catch on mostly because arguing a League full of rich black people is racist may be the dumbest thing ever uttered by an “activist and radio DJ’s” f*ck buddy, and there’s a lot of fertile ground there.

But Kaepernick’s protest did have an impact, albeit unintended. The NFL, television’s ratings juggernaut, saw its ratings plunge and game attendance drop. A large subset of Americans voted with their remotes for a variety of reasons ranging from anger at Kaepernick’s disrespect for the flag to disgust with the politicization of an apolitical sport.

Americans’ revolt (and revulsion) had been growing for years. Kaepernick was merely the precipitating event. Americans watch sports to *avoid* politics, not to wallow in them. ESPN started the long march to politicizing sports by injecting liberal political tropes into everything. Professional athletes began believing ESPN’s hype (and their mostly false assertions that pro athletes are smart and thoughtful enough to have cogent opinions on anything) and taking political stances including refusing to travel to the White House for presidential recognition if they didn’t like its occupant.

To the point, Americans don’t like being lectured. Americans like being lectured even less in a time, place, or manner inappropriate for such lectures, say, for example, during the national anthem at a professional sporting event. Or by coddled rich children who refuse to respect the office of the president regardless of its occupant. Show up, shut up, shake hands, leave. Is that too much to ask for the millions you make for playing a game? Apparently it is.

Americans really, really don’t like being lectured by rich people or stupid people. We don’t like being lectured about racism by a guy who went to college for free and was paid millions to play a child’s game at the highest level. We don’t like being told by morons who get paid to read cue cards and talk out their asses about children’s games that we’re racist if we don’t hate our country. We don’t think your Harvard degree or ability to put a ball through a hoop gives you special insight into intractable issues facing the country. Quite the opposite, in fact.

Honestly, most Americans want to be left alone. We don’t need a “safe space,” because we know there’s no such thing. We just want a place where we can go and forget about the world and all its problems for a while. Sports afforded America this escapist place. Sports had a special role in America. No longer.

Professional athletes, NFL teams, and ESPN may be entitled to lecture us on the “correct” politics and the “correct” views on racial issues. But Americans aren’t required to listen, and none of them should be surprised when a large chunk of America changes the channel.

Professional athletes, their leagues, and the chattering class that “reports” on them would do well to remember Rule 1.