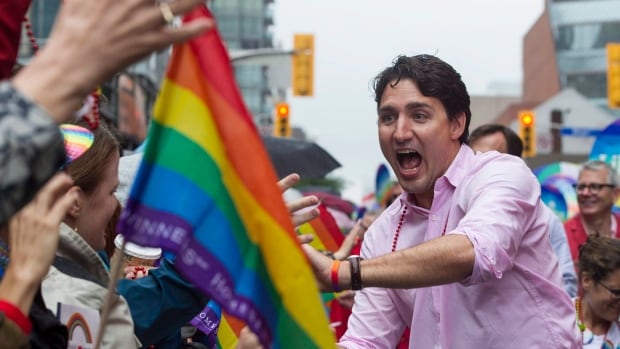 ‘Puter dutifully logged onto Twitter yesterday morning to see about what outrage of the moment had America’s Most Dysfunctional Social Media Site’s attention.

‘Puter soon found and read this CNN article concerning Attorney General Sessions filing an amicus brief in a case pending before the United States Court of Appeals for the Second Circuit. The Department of Justice argued in its brief that Title VII of the Civil Rights Act did not protect homosexuals from employment discrimination. The DOJ had the balls to argue essentially, “Um, court dudes? Yeah. You three in the black Hefty bag dresses up on the altar thingy there. The statute doesn’t actually mention homosexuality at all, so you prolly shouldn’t pretend it does.”

Feeling deep self-loathing and an unnatural yet innate need to stir up trouble, ‘Puter posted (some would argue shitposted) the following on Facebook knowing full well the response he could expect. ‘Puter was not disappointed.

I’m just going to drop this bomb and leave. Sessions and the DoJ are correct.

On second thought, perhaps I’d better offer a bit of explanation lest Facebook explode in ALL TEH RAYJ (which, frankly, is why I’m not around these parts much).

From a purely legal and Constitutional perspective (leaving aside the underlying issue of whether it’s right, good, smart, politic, etc.), I agree with Sessions. There is no way in Hell Congress in 1964 thought “sex” covered homosexuals and/or transgender people. It’s not DoJ’s job (or the courts’ job) to extend a law to an area Congress hasn’t covered.

This is my general beef with presidents (both parties) and courts legislating. This trend has enabled Congress to avoid tough issues and foist unpopular decisions on unelected judges and bureaucrats. Further, it abandons the field to the executive.

Congress avoiding/refusing to do its job is a prime driver in the divisions we feel so strongly today. Think about it. Congress was intentionally designed to be the representatives of the people. Congress makes the laws. In theory, this should require give and take on tough issues where there is no national consensus. Congress has chosen to punt on every major social issue of the last 30 or 40 years.

Instead, we have unelected judges deciding fraught social issues (abortion, gay marriage) without popular check of the voting booth. Or we have a unitary executive cramming down his will on the nation with a pen, phone, or tweet. Or worst of all, we have agency bureaucrats making up rules from whole cloth and enforcing them in kangaroo courts. This is not good for America. The president and the Supreme Court matter far more than they ought because one branch is phoning it in.

So, to the original point, were I the judge hearing the case, I’d agree with Sessions. Congress did not extend Title VII protections to cover homosexuals. It clearly knew how and knows how to do so, and it did/has not. And in dicta strongly urge Congress to act (or not) so America is clear on where homosexuals stand under law.

Blame Congress for this mess, not Sessions, the DoJ, or the courts.