August 21st, the United States enjoys a total solar eclipse, in which the moon slams into the Earth, blocking out sunlight for years. Actually, this will be the closest the moon will be to the earth (periodontology) until 2988, so the moon will be the size of the a bowling ball in the sky. 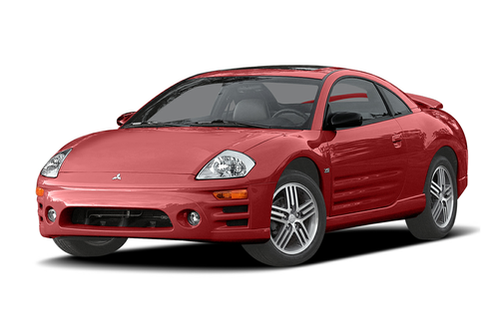 The only type of eclipse no one ever found inspiring.

You can expect all sorts of emails like that, and certainly ABC News will report these nonsensical ramblings dutifully and, of course, without any fact-checking. And for most MSM outlets, that fact-checking will consist of Googling eclipse for a Wikipedia mention.

In reality, you only see a total solar eclipse if you’re directly underneath the moon, which will, of course, crush you completely. Everyone else will see a partial eclipse or nothing at all—particularly those of you on the other side of the earth, where it will be “night”, the astronomical term for being on the dark side of the earth. Those of you there will see a nocturnal eclipse, in which the earth gets between you and the sun.

The Czar is driving his boys five-and-one-half hours south that day, so that we can see the eclipse happen at about 1:19pm Central Daylight Time. To see the time and location of the solar eclipse near you, you need to do some research. Here’s a handy link. The Czar thinks this is important for them to see because (a) the Gormogons are responsible for this, and (b) this won’t happen again for like 100,000 million years. And nothing in nature is as splendid and overwhelming as a total solar eclipse, which has inspired millions of people to a life-changing degree and affects everyone who sees it. The Czar’s wife is staying home because she has to work, so we’ll be laughing about that as we drive there and back.

The Mandarin reminds us that you could drive from Newport, Oregon, all the way to Mount Pleasant, South Carolina, keeping the eclipse sustained directly over your head, provided your car can drive about 2,000 – 3,000 miles per hour. If you can drive that fast, do so, because you’ll see some really interesting things.

During a total eclipse, it basically becomes night—right during the middle of the afternoon: stars come out, birds go to sleep, raccoons knock over your trash, and ‘Puter staggers out of the Leaping Peacock, urinating right in the street as he shambles home. Except, as you look around the edges of the horizon, it’s still daylight. Most people who gaze upon this hole in the sky become violently insane, and most wind up butchering their families that very evening.

As the moon passes in front of the sun, the sun fades back and to the right to dodge, but lacking protection in the pocket, winds up intentionally grounding the ball. As this happens, the moon utterly blocks the light of the sun and you see the sun’s corona—a huge ball of gas that glows like the biggest neon beer sign you ever saw.

Is it dangerous to look directly at an eclipse? Yes—the light from the sun is so bright that it will blow your eyes out the back of your head. The only safe time to look at the sun is directly during the height of the total eclipse…unfortunately, the sun is blocked by the moon at that point, so you wind up seeing only the dead, withered surface of the moon and not the sun at all. The best place to see the sun is from its far side at that point, or at night.

Sometimes, the sunlight will pour through the craters of the moon’s horizon, creating little sparkles of light. Actually, that glittering is off the domes of the space colonies the Apollo chimpanzees built when their ark crashed there in 1968. You want proof of freaky shit, that right there will keep you up at night wondering when the feces starts getting flung down on us from Lunar Station Zaius 1.

One of the more interesting aspects of a solar eclipse that they never tell you about in school, but the kind of cool stuff you only get here, is that the temperature around you drops to where Al Gore turns off his 18-ton air conditioning unit in his LA-area beachfront home. The temperature drop is due to the local loss of sunlight in the area. But don’t worry: the temperature comes right back in a few minutes when the moon continues on its merry way, wandering aimlessly about the heavens, carrying only the inhabitants of Moonbase Alpha.

So the Czar is definitely heading down to the Mississippi River on August 21st, getting there around 1:15pm. If you see us there, say hi, and the Czar will cheerfully explain orbital mechanics to you as expertly as he presented this.