↓
Home→Uncategorized→How to Be a UN Ambassador

The following essay is a guest post from Derek the Last. We remind our readers that you are welcome to submit your thoughts either as an email or as a complete essay.

There has been a lot of talk about defunding the United Nations lately and I used to support that position. It never made a whole lot of sense to belong to an organization that was hell bent on weakening our nation after saving the world over and over again. However after much thought I realized that instead of defunding and pulling out of the UN we should stay in and just change the way we deal with it. In fact, I have made it one of my life goals to become the US Ambassador to the United Nations. I know this is not a very high bar I have set for myself but I think I could have fun with it. 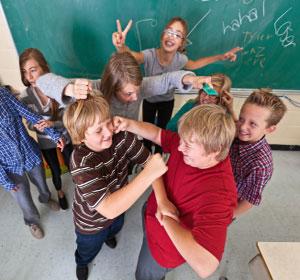 I would be an excellent Ambassador. I understand fully what the function and purpose of the United Nations is and will do everything I can as the representative of the greatest nation on the planet to make sure the UN stays on mission. What is that mission? Well, it is basically a forum where nations of the world can ineffectively shake their fists at us and call us names without really doing harm to our goals and agendas. They get to complain and feel good that they got all snotty with us and we didn’t strike them down with our Olympian-like powers. However, previous and present Presidents and Ambassadors have allowed the UN to actually accomplish things that harm our country. I will set things right.

How can I accomplish that? Well, here is my four point plan:

Whenever a country starts chastising us and telling us how to run our stuff I will simply invoke the ultimate trump card of our awesomeness that I stole from the late comedian Sam Kinison.

“So you think the United States should not do X and that country Y is has some sort of moral equivalency to us? I tell you what, you think your country is the bees knees, well [cue PowerPoint image of the moon] there is the moon, go up there and bring our flag back! Oh, and since we already did the hard work of figuring out how to get there and back in the Dark Ages of the 1960s and I am sure your backward country has stolen that info, we are going to up the difficulty level a bit. Once you launch your rocket to the moon we are going to shoot missiles at it. If for some reason we miss and you survive the trip to the moon and back, we will shoot missiles at the return vehicle. If you survive that and have your astronaut march in here with our flag, the US will proclaim you awesome and listen to what you have to say. If you can’t do that then sit down and shut up!”

2. Opposite Day Every Day

Did you know* that every permanent member of the UN Security Council (US, Britian, Russia, France and China) has veto power? Yes, that means that if one of those countries vote NO on an issue, no matter how many vote yes, then it does not pass. So my plan is that anything that Russia, France or China votes YES on then I will automatically vote NO. Typically smart things that the US votes for, one of those three will vote NO just to be jerks. I really don’t care if it is a good idea or not, the UN is not about good ideas, I am going to vote opposite of anyone one of those three countries.

“So we are voting to ban the use of landmines because goats keep blowing themselves up. Okay, what did France vote on that? Yes? Okay, then my vote is NO. Everyone keeps their landmines.”

None of this abstaining crap either. Real countries vote either YES or NO.

3. Move the UN out of New York

We were pretty generous when we set up the UN with some prime New York real estate and basically pay for them to live there. They have perfectly good facilities in Geneva and since they can’t stand America or Americans, then close up shop in NY and go back. My wife loves Swiss chocolate anyway and I would love getting a nice precision time piece. So my plan is to ask for President Trump for a couple hundred U-Haul trucks and park them outside of the UN. Let them know that we have stopped paying the light bill and they have until the end of the day to get all their crap out of the building because by tomorrow morning the entire place will be an Indian Casino and I plan on watching a Jeff Dunham show there by the following evening. Achmed cracks me up.

4. Foreign Aid to be determined by Wipeout.

Remember that show where contestants run a wacky obstacle course and bounce off those huge inflatable balls and fall into cold water for a shot at $50,000 bucks? Well imagine what some country’s ambassador would do for a shot at one billion dollars! If you want money from us you have to jump through some hoops and entertain us in the process. The winner gets the aid package as well as having to sign a document stating how awesome America is and how crappy their country is to have to come a beg us for money. The document will be written in English and whatever language they speak so there will be none of that “Well, I said America is Awesome in English, but America is Sucky in my native tongue” nonsense. We have caught onto that trick and will stop pretending we do not know about it. So if you want to beg money from us, no more acting like you deserve the money as some sort of payback for “imperialism” or some such nonsense.

So that’s my plan. I am sure there is some tightening up to do with it but it seems more solid than what we have been doing with the UN for the past 71 years. Maybe after 4 years of doing this folks will stop pretending the UN has a purpose.

Derek the Last
*For those who came in late, Confucius is the Gormogons’ Œcumenical Volgi. This isn’t remotely related to Derek’s post, but we really haven’t mentioned it in a while, and frankly it seems like a better opportunity isn’t going to happen for a while.