↓
Home→Uncategorized→How to Operate a Motorcycle 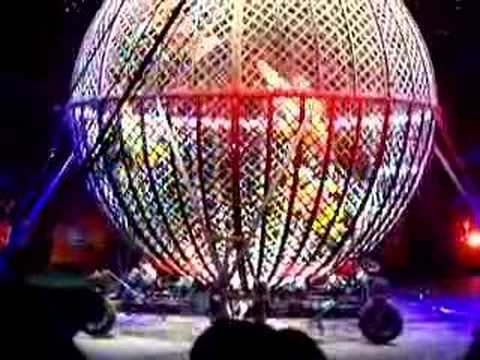 There’s nothing better than feeling the wind tear through your hair, the skies overhead, the rough feel of the road under you, and the sound of traffic—unless of course this is you waking up naked alongside the expressway again. But putting aside your drinking problem for ten seconds, assuming that’s even possible, we’re really talking about riding a motorcycle.

The Czar knows all about motorcycles, having seen them many times over his long life. He knows that most have two wheels, but some have three—and even four. It’s possible there could be as many as sixteen wheels on a motorcycle. Who knows. But for sure, you never see just one wheel on a motorcycle unless you’re counting the ones cartwheeling through the air, hit by semi-trucks.

There are two types of motorcycle riders, though:

The Czar has no opinion on which is better.

Riding a motorcycle is fairly easy to do, actually, especially if you’re in a sidecar. Driving one is a different matter, but they all basically work the same: they ride on a couple of wheels.

To operate a motorcycle, you first need to start it up. No, really: you will find they travel much further without exhausting you if you start it up first. This is usually handled by turning it on. Often, this is done by stepping downward sharply on a foot pedal. If the bike doesn’t start but also falls over, it’s possible that was just the kick stand. Try a different foot pedal.

Then, it’s basically like driving a car, if that car had just about every control device located in a totally different place. The clutch is by the left hand, the throttle by the right hand, and the gear selector is at the left foot. The front brake is by the right hand. The seat is located above your head, and the horn is located at your ass. You can practice driving a motorcycle by operating a manual transmission car while seated upside down. The head light shines out the back, and the brake lights are located in the front wheel.

Shifting gears is quite difficult for beginners, because you have to work the clutch, the gear lever, and the throttle all in a specific sequence, and changing gears up or down depends on your foot at the moment. It’s okay to not understand all the processes because like most beginners, you’re going to crash the bike into a guardrail soon after you start it.

Steering a bike is totally crazy, too. The Czar just thought about explaining counter-steering to you, but he realized the last time he operated a two-wheeled vehicle, it was a penny farthing in 1894. And he did not have an enjoyable experience. Not at all. And the estate of Armand Nathaniel Penobscott still owes for a crushed straw hat and soiled seersucker suit.

Stopping a motorcycle is far easier. Yes, there is a front wheel brake, operated by the right hand, and a rear wheel brake controlled by the foot, but most motorcycle operators stop their bikes by slamming into a solid object. If you’re interested in getting into motorcycling, we suggest you use this method. It’s by far the most popular method for very good reasons.

Of course, many motorcyclists will be insulted by the Czar’s portrayal of the dangers of motorcycling, but the reality is that only very few motorcyclists are incompetent morons; most are just freaking lunatics. As always, the Czar does not want to pick sides but does suggest that the few bikers who are smart, skilled, and safety conscious do their utmost to keep the rest off the roads, rather than casually letting them kill themselves by plowing into school buses after riding between cars in imaginary lanes.

it’s as if the idiot bicyclists—the ones who like to scream LEFT as they sneak up behind you in the park suddenly discovered that they can be even bigger jackasses with 200 horsepower, 1400cc engines. When you read a list of complaints by motorcyclists, it’s invariably bikers blaming car drivers for not seeing them riding on the shoulders, cutting across lanes, speeding in blind spots, and driving on the stripes.

And for those lovely few Harley riders in gently flowing, orderly caravans of safety and sensibility, we thank you. Please whip the skulls of the rice burners with whatever chain you have. We can supply you with some.