Backlash can be a good thing, which is wonderful because there has been so much of that lately. Yes, you’re well aware of how Target’s stock prices have been negatively affected by their un-PR decision to remove the figurative doors from their literal restrooms, and how Hillary Clinton is dropping the perennial Republican War on Women tactic because her campagin staff discovered it costs her votes. 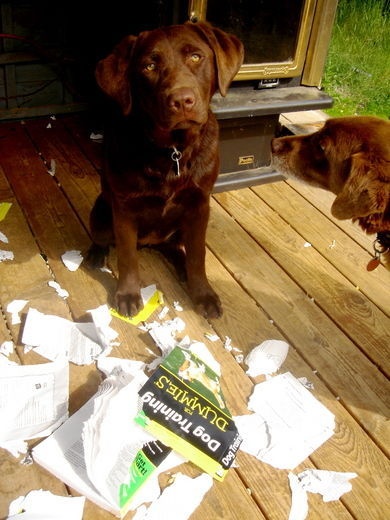 However, today the Czar wants to talk about <shudder> literary criticism. Although this sounds like a severely boring topic, rest assured that the Czar will keep this entertaining. And indeed, you might be amused by something that’s started happening in literary circles. There’s been an increasing (though still small) backlash against basic leftist stupidity.

Yes, yes, Volgi—the Czar knows it’s the size of a mosquito, but even a large lump of meat like ‘Puter will swat at a mosquito. And if enough start to bite, the big man will go inside for a while. So this is good news.

As you know, the Czar loved The Jungle Book remake to an unexpectedly high degree. So he did catch a written piece, written a short while before the movie even came out, trashing the picture.

The preview took the premise that no one should see The Jungle Book because its original author, Rudyard Kipling, was a racist piece of colonial filth trash, and the movie’s very existence was a heteronormative noble savage antianthropological embarrassment, and under no context would it be beneficial for people to see it. This was put out on a website so far left the Czar dare not link to it in the event he accidentally promotes it. Suffice to say, Rudyard Kipling was the embodiment of racist evil, and The Jungle Book was a tool to corrupt.

Roughly about the same time, another (surprisingly unrelated) individual wrote a critique of the Thomas the Tank Engine stories, damning them for their racism, lack of diversity, heteronormative white supremacist tropes, and colonial oppression. Right, the popular kids’ books (and rightfully successful line of toys).

The backlash here has been spectacular as well—not from AM radio hosts, but by other literary critics who are beginning to sound quite similar.

And here is the similarity: it’s okay to dislike a book because its themes do not meet your particular mindset. But it’s not okay to dismiss the work because it’s the product of the past. This is indeed a massive shift in literary critique, which cheerfully embraced any leftist nonsense starting in the 1950s and continuing right up until today.

The problem is that much of this isn’t literary criticism; it’s simply discounting something in favor of political propaganda. It’s not that this book isn’t good, you understand, just that it isn’t leftist enough. Sure, Macbeth shows how monarchy is inherently corrupt, but it won’t convince people to adopt socialism.

That’s just not criticism, and it seems people are starting to tire of it. Possibly it’s because today’s literary leftists are too insipid to understand how to really treat their subject with the veneer of credibility. Really: we’re down to ripping on The Jungle Book and Thomas the Tank Engine stories because they’re not inclusive enough? This is just time wasting.

There’s still a lot of work to be done in producing good quality criticism, as the Volgi would pause in his reply to us long enough to agree enthusiastically, but there is a quietly seismic shift in the nature of the critique. Look, you can’t ban Mark Twain stories because he uses the N-word. In fact, you can’t condemn a book for accurately capturing the language and ideas of the time.

Some of this stems from science fiction, particularly those critics now influenced more by Star Trek than Jacques Derrida. Science fiction has long made a tiresome cliché out of making some futuristic society a simplistic and transparent satiric of a modern social concern. And it’s okay to judge it based on its success at doing so.

What you waste our time in doing is taking something from the past, whether it’s Kipling, Tom Sawyer, or James the Red Engine, and judging it by modern stereotypes. After all, doesn’t Karl Marx fail because he didn’t anticipate BitCoin? Shouldn’t we dismiss Greenpeace because we rarely hunt whales? And why vote for Hillary Clinton, given that her daughter went for a traditional heterosexual lifestyle?

See, it doesn’t go the other way. You can’t say an old book is bad because it didn’t anticipate your modern political views. You might think so, though, if you buy into the debunked jingoism about History having a Right Side: let’s condemn the whole Isle of Sodor because they should have seen LGBT and Islamism coming back in 1911 and anticipated this.

Perhaps in 50 years, we’ll finally see coherent and logical criticism as being the norm again. Perhaps, then, we can look back at 20th and early 21st Century literary analysis and wonder whether any of it is remotely valid—like how we view Freud or Decadence. Or even maybe, we could say “Yes, Kipling wrote from the conviction that the British Empire was powerful; but what does that have to do with his story?”