The explosion (figurative speaking, relax) of cheap razor blade “clubs” is in response to something many adults have wondered about: why the hell are razor blades so expensive? 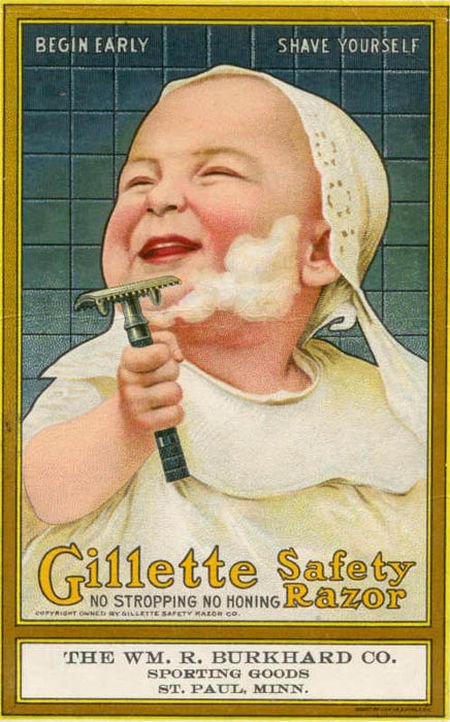 The razor industry maintains it’s because the steel is so hard to get. Razors aren’t made with cheap steel, you know, and have to be precisely machined for quality.

Both of these things are true. But lots of things are made with good affordable steel with a lot more steel going into the final product. And as far as precision machinery, the systems and components for milling blades have been around for decades.

And the proof of these counterarguments is that there are a growing number of these shave clubs offering really good razor blades for far less per blade.

Part of it is the fact that people are buying them at these outrageous prices in large numbers. The markups are insane (one source claims 4000% which may not be true, or based on specific circumstances). Companies who manufacture retail blades generally can point to the actual percentage points that razor blades add to the company’s bottom line: net, it’s in the billions.

Other factors include the increasing number of blades per razor cartridge—we’re up to five, now. To fit these into a reasonable space, the blades are precision-mounted and cut very thin—this adds to the cost, of course—and a lot of manufacturers are offering lubricated strips or color-coding systems to tell you when to change your cartridge. Like print cartridges, these usually notify you it’s time to change when there’s about 50% life left in the product. And the initial razor is cheap—the refills are what kill you.

A local CBS affiliate ran a study in 2013 and discovered that some people pay $1 per shave per day, based on the cost of the actual blades; others found it’s $5 a week, which is pretty close.

So right around that time, upstart companies started offering cheaper, high quality blades. For example, Dollar Shave Club offers three types of blades, ranging from $1 a month to $9 a month (and you can slow up how often you pay), and they might even throw in the razor handle for free. Other competitors offer similar plans.

Here’s a news item: women are starting to clue in on this. Women’s razors have always been more expensive, and just as complicated, as men’s. In addition women using to leg-contoured razors from similar shave clubs, many are using men’s razors, claiming that they’re just as comfortable and produce a really good, smooth shave.

Result? Well, Gillette—technically, one of the villains in this story—has produced a competing shave club. No kidding: they’re selling their razors in three plans for less than Dollar Shave Club, except you get one razor cartridge that lasts all month. Here’s the kicker: it’s the same damn razor blade cartridge you’re supposed to throw away after one week. What a surprise.

That’s the funny part. The good news is that the industry is bringing prices back down: a pack of cartridges that was $40 in 2013 can now be had for $20 or less. They’re still way too expensive, but the drop in costs pretty much proves the shave clubs were right: razors were a rip off.

What can be learned here?

Large companies recognize they have a product in high demand and raise prices.

Large companies lower their pricing and compete with the upstarts.

The Czar concludes that’s how a free market economy is supposed to work.