Here’s your guide to the Democratic candidates heading for a road accident with our country. Don’t say we didn’t warn you. 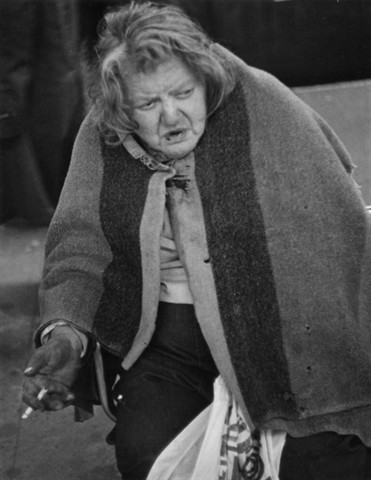 Hillary Rodham Clinton, who has had balanced her legacy as a first lady, senator, secretary of state, and total nobody, is the leading Democratic candidate for President, meaning that she’s running behind four Republican candidates, one of whom is a lunatic. We will let you guess which one.

You guessed correctly. Clinton’s qualifications are that she has been on a listening tour of the country, in which she refused to meet with anyone, and is trying to explain to a press corps she literally tied up with rope how her email was or was not sent out with state secret classifications without her knowledge, even though she knew she would be receiving those types of communications on a regular basis, but the server was tricky because she can’t use multiple email addresses because it’s too hard when you’re juggling two cell phones and an iPad, the last of which she insists was never configured to work with a server, just like one of the two cell phones weren’t either. Because that would be too hard, so she was hooked up with one cell phone to access one account because any other account might have sensitive information on it just like the server she used. Or not. Perhaps this is why she can’t explain where she was when our ambassador was murdered despite pleas for added security. Unless that was sent by email and she couldn’t have read it because the server didn’t have sensitive material until it did.

She’s leading in the Democratic candidate polls. Did we mention that?

Also running is Bernie Sanders, who openly admits he favors a political system in which the individual has no rights superior to the state, which was responsible for millions of deaths either from outright brutality or mass starvation, and in which all opposition is stomped out, and the citizen has no recourse except to obey or die. Sanders’ political philosophies have never proven remotely successful even though tried repeatedly over a century, and when tried in moderation, have consistently resulted in a loss of national productivity and democracy in each country. At least he’s honest about this.

And in addition to supporting a political system that has resulted in one hundred million dead, Sanders also thinks minimum wage should be raised so that government can tax more people on the lowest rung of economic achievement.

Some folks say that being a mayor is not enough to qualify one to be president. That’s probably true, but the Czar would like to remind critics of O’Malley that he’s still way more qualified than an incompetent Secretary of State and a deluded old hippie socialist. He’d get our vote—if the Czar was a goofball and thought the Democrats could conceivably govern without destroying everything they touch. Lincoln Chafee is a guy who has changed parties whenever it would destroy his career most. He spent many years as an Independent, particularly when it became clear he couldn’t lose as a Democrat and a Republican at the same time. Now that Democrats are emotionally and spiritually bankrupt, he’s decided he wants to be one of those.

This isn’t some goofy coincidence: he’s determined to lose at everything. In a year when the public is about as happy with Democrats as they are with a motorcycle gang spending the summer in your lake house, he’s publicly stated he’s using Jimmy Carter as his political role model. We assume that if he’s nominated, he will become so desperate to lose that he will eat a kitten on live television.

Jim Webb is a candidate you don’t know anything about, but counting himself, his wife, his immediate family and supporters, presently is guaranteed about two votes in the primary. In a recent poll, 77% of the public said they’d never even heard of him; when it was pointed out that he was a political candidate, and not a suburban Ford dealer, 98% said they’d never heard of him after all. He was Secretary of the Navy in the late 1980s, and even Donald Rumsfeld says he can’t remember Webb at all. “Our Navy?” asked Rumsfeld.