The Czar does not have much more to add to Dr. J’s stammering but otherwise well-done review of Guardians of the Galaxy. Like his clan, the Czar war platoon loved this movie. Even the Царица, who did not initially want to see it. She’s a huge fan of the Avengers movies, and understood there would be some linking material in Guardians, but ehhh. She didn’t know the characters, had no interest some D-list Marvel series, and has had enough of space movies with deep-voiced villains destroying worlds for no well-expressed rationale.

Does this sound like you? Because this was her, and she went anyway. And she loved it. Like us, she laughed out loud at scene after scene, thought the dialogue was well-paced, and really clicked with each of the characters. Seriously, if you have no interest in this one, go see it. If you have a friend of family member who doesn’t want to see it with you, show them this: the movie is specifically written and directed for folks like you who don’t give a crap about these kinds of movies. It knows you have low expectations, and it does its utmost to turn that around for you.

Look, this movie does a bunch of things right that other movies—and frankly, other Marvel movies, too—could emulate.

First, this is an ensemble piece…and sufficient time is spent on each of the characters. Each of them gets their cumulative twenty minutes of cute scenes, great lines, fight scene, and backstory. Unlike many such films, where you get a main lead and a bunch of good side actors who aren’t allowed to pull their own weight (ahem ahem ahem), Guardians makes it really tough for you to pick a favorite character here. Anytime any of the five are on, you like what you are seeing.

Second, this is a balanced movie. Some liberal critics have responded quite positively to this movie, particularly the performance by Zoe Saldana for her showing a strong, intelligent, and decisive woman who still can manage a bit of tenderness and sympathy. Add to this the strong performance by MMA fighter Dave Batista as Drax: loved his onscreen presence and delivery. Everything he said wound up being memorable. Chris Pratt was good, as you expected, but brilliant in his Kurt Russell-like ability to seem like a total moron…until you realize he’s consistently out-thinking everybody else in a brilliant con game. You already know about the raccoon and the tree. 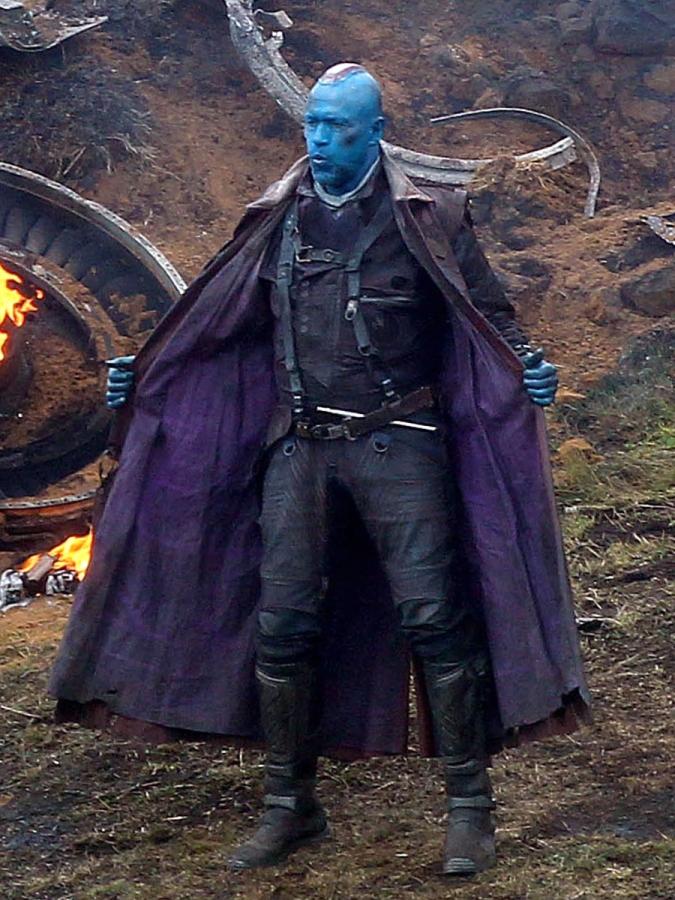 Third, the raccoon and the tree. These two are totally unlike each other, and two characters least likely to be best friends, and two individuals who would be utterly frustrating to know. And indeed, you know them. The Czar has friends exactly like these two, and so do you. As has been said numerous times, when Marvel can nail performances with a raccoon and a tree, DC Comics is out the film business.

Fourth, this film has villains. The character of Ronan the Accuser is a bad dude. Seriously bad. In fact, he is one of the rare film villains where even up to the end of the film you really wonder…can this guy be stopped? Theoretically, he is such a brilliant villain that this group of morons would never be able to outwit him. Unless of course, they came up with a solution that was totally stupid. You can guess which happens. And Karen Gillan is beyond creepy as an utterly hateful assassin. The last time you saw a female villain you wanted to see wiped out as badly as her character was probably the Queen in Aliens.

Fifth, all of these characters fail to see who they really are. Throughout the movie, they describe themselves as losers, failures, rejects, or never-weres. Indeed, all of these characters are victims of terrible events who finally decide—unlike the supporting characters—that enough is enough. Each of the characters—yeah, including the villains—has suffered throughout life that they decided the only solution left is just put things right. Of course, for the villains, their sense of right is a little, um, different than the Guardians.

Is the movie perfect? Hardly. Some flaws exist in the execution of the plot (wait, why bother with that? What was her motivation there? What took so long for them to realize that?), and a lot of the sense-of-disaster dread is missing. Some coincidences are tad too convenient, but so what. The movie knows its own weaknesses and fixes these problems with ruining clichés, injecting realistic responses to improbable events, and presenting solutions the typical audience would find obvious but that most movies never think to use. In fact, the Czar will not spoil anything, but there is a critical scene that does all three of these things at once. When you have seen the movie, write the Czar a note and he will tell you which scene it was.

Here is a thought question for those of you who have seen the film or are about to: does Rocket Raccoon really understand Groot, or does Rocket simply project what he’s really thinking himself? The scenes play both ways, but the latter would reveal a real depth to Rocket’s trauma not immediately obvious that’s actually quite touching.