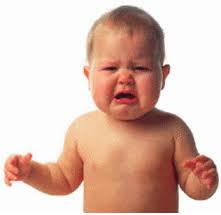 The Czar, like 99% of Americans, does not care about the Great Birth Certificate Issue.

All right, let us be honest about this. Suppose the Birthers are right. Here is the bottom line:

Because frankly, this is what this is all about.

So we have Donald Trump, who is clearly a Democrat stooge candidate as we identified some time ago, playing his scripted role in making Republicans look like jackasses.

Remember that this stunt worked before. The Birthers did not invent this non-controversy: Hillary Clinton did, and it blew up in her face. So the Obama team thought, “Hey, we can make this work for us again.” But how to get the GOP to buy into the same plan that hurt Hillary’s campaign? No problem—keep promoting it as a fundamental question to the Constitution, and those Tea Party bastards will spin themselves crazy. Meantime, the President will refuse to discuss the issue, the whole thing will foment, and then the President will make them all look like idiots by producing his birth certificate when the time is right.

The question is why on earth the President would play along now. Instead, the Czar was leaning in the direction of radio celebrity Michael Savage’s idea that the President would wait until some critical presidential debate in 2012, let the Republican challenger mention the President is a Marxist-socialist-radical community activist, against which the President would laugh and say, “Y’know, folks been sayin’ I’m not even an American. Well, here is my birth certificate. And it all checks out. So what other nonsense are you going to swallow from the Republicans?” That made a lot of strategic sense.

Until now, that the President insists on talking about it. Therefore, there is only one other explanation: he needs to distract us from a worse issue. And that issue is the economic mess of high gas prices, falling national credit ratings killing our bond markets, and the bad timing of QE2 that was counting on a stable bond market to limit the spread of inflation. So this is what tipped the President’s hand in opening up a three-ring media circus.

But cheer up. The President thinks we’re stupid. Trump thinks we’re stupid. And the media, who are stupid, are happy to play along with this. But you know better, as does most of America. This will gradually backfire on the Democrats, who now are scrambling to find anything in their playbooks that might work.