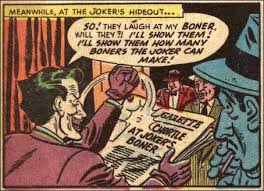 The always entertaining Borepatch (and you really oughta read him daily) suggests the Czar should “turn his cold, dread eye towards, say, the Climate Science establishment.”

Now a lot of you are already rubbing your hands together gleefully, awaiting some sort of anthropogenic global warming cooling changing smackdown. Nope. Because the overall Gormogons’ opinion falls into two pieces, which are rightfully treated separately.

The first is on the nature of climate. Surprisingly, the Gormogons anticipate that there is some sort of massive, long-term/short-term climate change occuring. It may be different in your area, and indeed you may be seeing gentler weather instead of the predicted severe weather, or warmer or colder weather in lieu of the predicted opposites. This is all right—our local observations do not debunk the data any more than your Uncle Marty’s personal anecdotes about winning at poker debunk the idea that gambling in Vegas is likely going to cost you money. No matter how you slice it, crazy stuff is happening.

Now, mind you, “crazy” in climatology is not obvious. A partial degree difference can have a big effect. If you are familiar with something as “simple” as the dry adiabatic lapse rate, you can see how changing the temperature a half-degree or the dewpoint a fraction can result in clouds or no clouds over an area. And when you look at super-saturation, you realize that the difference between a damaging thunderstorm and a simple humid day can differ by a mouse pissing on a tulip. So cut the climatologists and meteorologists some slack when they get freaked out by a half-degree rise in temperature over a certain number of years.

The second part of our opinion falls on the politicization of climatology. This is pretty bad; in fact, it is as bad as we have ever seen it. Some scientist in Jakarta reports that yesterday’s noon temperature was a degree hotter than it was a year ago, and within days some governmental agency is demanding that all profitable American industries shut down, and billions of American dollars be dumped on a Nigerian ex-secretary of the treasury who is certain he can get his gold back and split it with you. The paranoia and hysteria is incredible. Be worried about if A then Z logic. Ask to see the letters in between.

Worse, if you express any doubts about the logic here, liberal noise makers start screaming at you that you fail to understand the science! And, frankly, the Czar has a pretty good background in climatology and meteorology (the Mandarin, too, by the way), and finds the scientific arguments pretty unconvincing, or extrapolated past sanity. Especially on the anthropogenic part.

Look, it works like a criminal investigation, right? A prosecutor lines up the evidence: a piece of broken glass, a mark on the leg, a drop of blood here, and so on. But the noisemakers care little about this: they think they have the smoking gun (or lately, the smoking DNA) that makes the case a slam dunk. And when they don’t get it, they push the next thing. But like a real criminal investigation, we need to look at all the evidence, on both sides. Some of it agrees. Some of it even disagrees. But all of it is partial: the problem is that conservatives want a smoking gun that says with 100% certainty the climate is changing (ain’t gonna happen that way), and the liberals are pretty sure they got it (this time, definitely!). The truth is so much up the middle that it won’t happen soon.

To Borepatch. The official climate establishment is almost totally dysfunctional. Evidence is being stretched, pulled, distorted, and exaggerated everywhere. And the signal-to-noise ratio is very bad: good data is out there, but it winds up at the bottom of some pile we never see, while outrageous or more outlandish stuff shoots up to the top where the skeptics tear it apart. The Czar wants them to just stop. Take a break. Come up with some standards for what can be measured, and then start over. The historical data is highly questionable: we seem to be relying on assumptions, guesses, and interpolations of real information because, a hundred years ago, measurement was terribly unreliable. And climate changes happen on the scale of centuries, so hoping to extrapolate data from the last 50 years is increasingly iffy. We are trying to do too much with too little.

We also need less political intervention. The Democrats have not helped with Cap and Trade: the legislation was bad, foolhardy, and stupid. The IPCC is a United Nations entity, and should be viewed with the same skepticism as you would when borrowing money from La Cosa Nostra Savings and Loan. There are obvious political agendas there for anyone who looks. And on the other side, folks like Sen. Jim Inhofe (R-OK) are an embarrassment to the skeptical community, prone to outrageous statements that rely on reflexive gainsaying. Seriously, if a climatologist ever said to him that stepping out onto the surface Venus would turn you into smoking goo, he would immediately pronounced Venus to be as balmy as Fiji. He is not helping to foster rational analysis.

It comes down to this: the data are trying to tell us something important, but we cannot quite hear it. Climatologists need to shut up and listen to the data, and we need to shut up and give them some quiet so they can hear. Right now, this is like trying to do calculus homework in the middle of a New Years party: a lot of the answers are going to come up flat wrong. And we need to accept that we are not going to get a straight answer—yes or no—for many decades to come.

Ya know who is doing it right? Of all people, Borepatch. He’s an ordinary guy, better versed in the scientific method than most, perhaps, but he looks coldly at the data and finds what works and what does not. Much of it does not, and he puts it out there in easy language. Plus, he separates the facts out: what is a warming claim, what is a cooling claim, what is a natural claim, and what is an anthropogenic claim. This is what the establishment needs to be doing, rather than play Holler-and-Echo on science blogs. Weather change is a real possibility, but it is a gradual shift and change. Sensationalism can only hurt it.

Watching the climate science industry is rather like watching Jack Black, Ryan Seacrest and John Kerry working in a clock factory: you ain’t gonna get a quality product out of that combination.