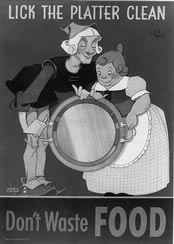 Jack Sprat could eat no fat,
His wife could eat no lean,
And so betwixt the two of them
They licked the platter clean

We hope to have photos of this event along with an interview of the Sprats as time and space allows.