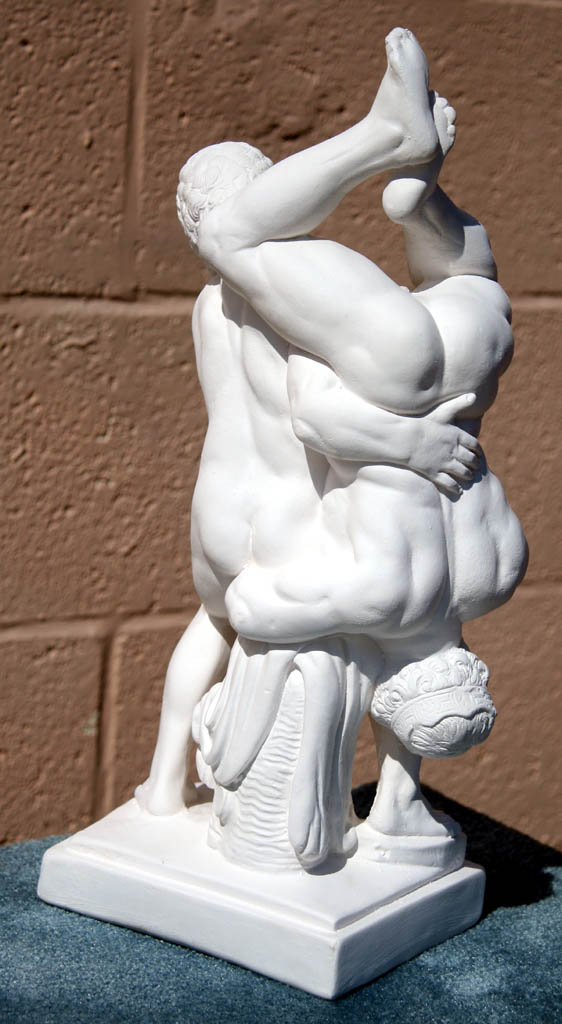 Confucius says: Classical Latin is what we all know, your Volgi suspects. Although he may be the only one to have learned it from a priest.

The ’Puter, as you might guess, studied under a flamboyant gentleman amid lots of “athletic” classical statuary and was said gentleman’s designated Menthol-Cigarette Boy.

Due to his classical education, Confucius is always out of sync with the congregation when they get to lines like “regem angelorum.”

Confucius does, however, draw the line at pronouncing “v” as “w.” Because “wir” does just not sound wirile. And Gaius J saying “weni weedy winky?” Just can’t do it. Too Chekhovian. (P.A., not A.P.)

Nice picture ad orientem. I’d much rather look at that than Antæus’s clūnēs over there.