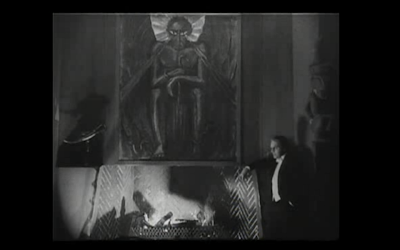 The Czar: Write more about foreign policy, узкоглазный, or I will have you shipped to Semipalatinsk with the rest of the shirkers!

GorT: Yesterday you will write less about foreign policy; tomorrow you have written none.

Ghettoputer: You’re in the way of the TV. Move that book, Volgi. I can’t watch Skinemax through your frickin’ library. Sleestak! Move the TV! I’m missing Amber Newman here!

Ignoring Ghettoputer—as is always wisest—Confucius* concedes the Gormogons have a point. Confucius is here as their point man on foreign policy, after all. But…he’s said it all. Russia continues inventing reasons to act offended and push against us and the near abroad? Yawn. China feels emboldened to treat us disdainfully? Wake me later. We’re selling the Iranians down the road so that their vicious theocratic dictators can get nukes about which we can negotiate? Been here before. Israel getting the back of the President‘s hand? Shocker.

If you’re new to the site, you might be forgiven for thinking the Volgi is ignoring such issues. No, he’s just covered them before. The Fallacy of Foreign-Policy Egocentrism. Weakness as Provocation. Supplication Breeding Contempt. Having tried to cut the Administration as much slack as possible—because on foreign policy, we’re all on the same team (despite what Congressional Democrats seemed to think last go ’round)—the Volgi is currently in the Slough of Despond floating towards the Eddy of Ennui and thence to the Cloaca of Doom.

But, hey, for old times’ sake. Let’s see what Fouad Ajami has to say. Obama’s reputation with the Arabs is changing!

Now those surveys of 2009 bring findings from the world of Islam that confirm that the animus toward America has not been radically changed by the ascendancy of Mr. Obama. In the Palestinian territories, 15% have a favorable view of the U.S. while 82% have an unfavorable view. The Obama speech in Ankara didn’t seem to help in Turkey, where the favorables are 14% and those unreconciled, 69%. In Egypt, a country that’s reaped nearly 40 years of American aid, things stayed roughly the same: 27% have a favorable view of the U.S. while 70% do not. In Pakistan, a place of great consequence for American power, our standing has deteriorated: The unfavorables rose from 63% in 2008 to 68% this year.

Mr. Obama’s election has not drained the swamps of anti-Americanism. That anti-Americanism is endemic to this region, an alibi and a scapegoat for nations, and their rulers, unwilling to break out of the grip of political autocracy and economic failure. It predated the presidency of George W. Bush and rages on during the Obama presidency.

So why isn’t your Volgi all that worked up and screedy? Well, because while this may gain the U.S. a temporary uptick in poll results in the Arab world (and some other Muslim countries), it was fundamentally insubstantial and changed nothing about anything. … 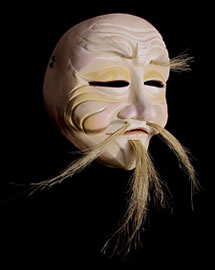 But this? Meh. The autocrats who run most Arab states now know that Obama’s got their back, Islamists aren’t scared of him, and the man in the street heard his criticisms of the U.S. much louder than his tepid allusions to some of the local shortcomings reinforcing stereotypes rather than changing minds. … But, to name a few things it won’t do, it ultimately won’t the Saudi and Egyptian presses, e.g., from running loonbag anti-American (not to mention anti-Semitic) conspiracy theories, it won’t cause powers on the fence to rally to the side of an assertive superpower against the regional nasties they’re afraid of, and it won’t give the real violent bastards a moment’s pause.

So, while Confucius* hopes it turns out otherwise—and one never knows—his off-the-cuff reaction is: one cheer for pasting a smiling friendly face on the Gorgon that normally appears in Middle Eastern media. Hope that helps for a while. But overall, don’t count on its doing much.…

Sleestak, bring me my Liao Drug! A seven-per-cent solution.

*For those who came in late…eh. You don’t care.