Well, the Presidential approval numbers are Carteresque in their ability to disgust.

By running the Phil Jones model on the polling numbers, we discovered an easy trick to hide the decline: 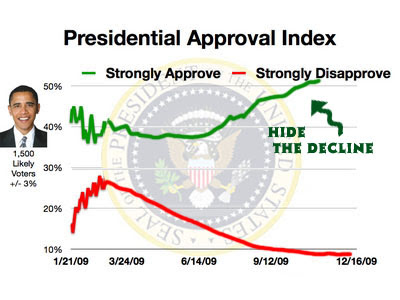 That’s much better! Look at the hockey stick!