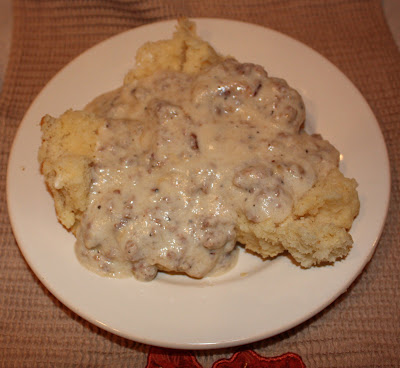 Somewhere in the distant past, the breakfast committee decided they needed a way to make breakfast sausage more dangerous. Someone in the back nervously coughed, and a tentative hand rose. “Yes?” Another cough. “Well…we could crumble up the sausage into a pork gravy and slather that on some buttermilk biscuits in great heaping clumps.”

And thus was biscuits and gravy born. Which the Czar had for breakfast. With a massive side order of grits—thick to perfection, which indeed they poured more pork sausage gravy all over.