After the Second World War, the United Kingdom’s newly elected Labour government resolved to build of Britain a New Jerusalem. It nationalized the commanding heights of the economy and inaugurated the cradle-to-grave welfare state. By the 1970s, the UK faced an economic crisis unrivaled since the Great Depression. Shabby and hopeless, Britain had become, in Henry Kissinger’s words, a “tragedy” of a nation, reduced to “begging, borrowing, stealing.”

British Leyland, Britain’s largest automaker, faced bankruptcy in 1975. Fearing that its collapse would leave a million workers unemployed, the Labour government nationalized it. The company remained a ward of the state for 13 years. During that time, the British taxpayers invested 11 billion pounds—the inflation-adjusted equivalent of $22 billion today—in a company whose only sign of life was a willingness to spend that money. Though the British economy recovered, British Leyland did not. 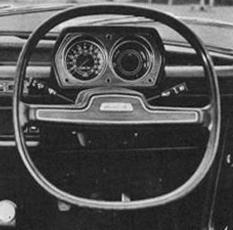 If this story sounds troublingly familiar to you, you appear to be nearly alone. Few of the policymakers currently nationalizing the American auto industry seem to remember the British experience, and fewer still seem to have learned anything from it.