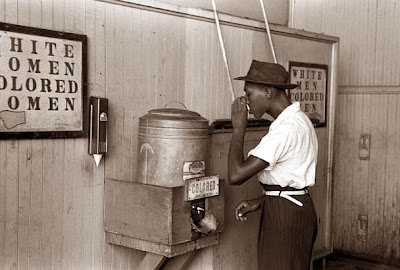 Here is a story not being covered here in the enlightened United States.

A Louisiana justice of the peace has denied a mixed-race couple of marriage, saying that mixed race marriages are inherently bad for the children.

JP Keith Bardwell is a Republican, so you would think the news would be all over this. Many Democratic bloggers are. Except, Keith Bardwell ran as a Republican in his most recent re-election in 2008. For the 33 years prior to then, Justice Bardwell was a registered Democrat. Locals indicated that his switch may have had something to do with the Obama nomination. So while many lefty blogs are screaming about this (and rightfully so), they are generally quiet about his political background.

He swears he is no racist. Yes, he loved black people: “I’m not a racist. I just don’t believe in mixing the races that way,” Bardwell told the Associated Press on Thursday. “I have piles and piles of black friends. They come to my home, I marry them, they use my bathroom. I treat them just like everyone else.” Yes, as people fit to use his bathroom.

Readers here have no trouble accepting the idea of a Democrat being a racist freak. Or a career Democrat changing his spots as needed. McCarthy was a career Democrat until he found he could get re-elected as a Republican. These guys usually don’t do well, do they?

One thing does not escape our attention. Both right and left blogs are agreed that this man should be removed from office immediately.