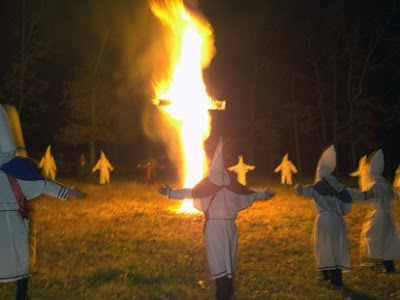 In this editorial, the Washington Post’s editorial board tars Republican candidate for Virginia Attorney General Kenneth Cuccinelli as a bigot.

Well, WaPo, two can play at this game. You know who else believes that homosexual acts are intrinsically wrong and not healthy to an individual or society? Approximately 1.1 billion Roman Catholics. Here’s what the Vatican’s website, citing the Catechism, has to say about homosexuality:

2357 Homosexuality refers to relations between men or between women who experience an exclusive or predominant sexual attraction toward persons of the same sex. It has taken a great variety of forms through the centuries and in different cultures. Its psychological genesis remains largely unexplained. Basing itself on Sacred Scripture, which presents homosexual acts as acts of grave depravity,140 tradition has always declared that “homosexual acts are intrinsically disordered.”141 They are contrary to the natural law. They close the sexual act to the gift of life. They do not proceed from a genuine affective and sexual complementarity. Under no circumstances can they be approved.

2358 The number of men and women who have deep-seated homosexual tendencies is not negligible. This inclination, which is objectively disordered, constitutes for most of them a trial. They must be accepted with respect, compassion, and sensitivity. Every sign of unjust discrimination in their regard should be avoided. These persons are called to fulfill God’s will in their lives and, if they are Christians, to unite to the sacrifice of the Lord’s Cross the difficulties they may encounter from their condition.

2359 Homosexual persons are called to chastity. By the virtues of self-mastery that teach them inner freedom, at times by the support of disinterested friendship, by prayer and sacramental grace, they can and should gradually and resolutely approach Christian perfection.

Mr. Cuccinelli’s beliefs are entirely consistent with the teachings of the Roman Catholic Church, which counts Mr. Cuccinelli and approximately 67.5 million adherents in the United States and over 1 billion worldwide as members. And, as stated above, these beliefs expressly require Catholics to accept homosexuals with “respect, sensitivity and compassion.” In the WaPo’s selective quoting, Mr. Cuccinelli has not suggested otherwise. Mr. Cuccinelli has simply stated his acceptance of his Church’s teachings on homosexuality.

Did the WaPo intend to call all Roman Catholics bigots, because that’s the effect of its ignorant, biased editorial? Did WaPo realize it insulted the faith of two of its favorite liberals, House Speaker Nancy Pelosi and Vice President Joe Biden, Catholics the both (leaving aside for the moment their adherence to the faith)? ‘Puter’s certain Archbishop Donald Wuerl, prelate of the Archdiocese of Washington, D.C., would be happy to listen to the WaPo editorial board’s better minds expound upon his and his Church’s bigotry.

The WaPo editorial board are the only bigots in the room here. The board betrays its liberal reflexive distrust of and ignorance of organized religion. It is only too happy to insult 67.5 million American Catholics and their faith, because, you see, only rubes believe in that “spirit in the sky” crap. Religious beliefs are hokum and voodoo and can be disregarded because there’s no way God exists. They just know it. Good liberals like those on the WaPo’s editorial believe in the awesome power of Hope and Change, and the fierce urgency of now, without realizing the sheer emptiness of their belief system. It’s humorous to watch their unknowing attempts to invest divinity into empty idols, like Global Warming and President Obama. ‘Puter pities them.

The WaPo owes both Mr. Cuccinelli and the Roman Catholic Church an apology. ‘Puter will wait for the WaPo’s retraction, but expects to be waiting a long, long time.