↓
Home→Uncategorized→Hey, We Needed The Dues 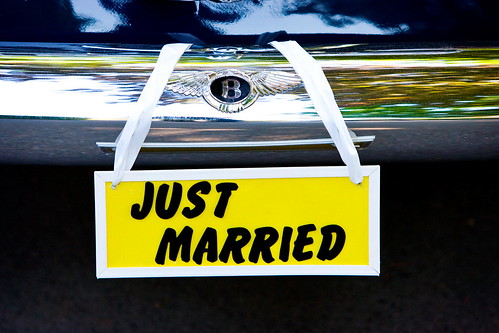 According to this article from AOL news, the number of married Catholic priests could grow sharply as a result of the Vatican’s decision to take in thousands of Anglicans and Episcopalians into the Catholic Church.

I agree with the quote by Lawrence Cunningham, “This decision will allow for many more married clergy in Western churches, and that’s going to raise anew the question, if they can do it, why can’t the priests of Rome?”

The rules for priest to be celibate go back to the Council of Elvira in 305 A.D. Cannon 33 states: It is decided that marriage be altogether prohibited to bishops, priests, and deacons, or to all clerics placed in the ministry, and that they keep away from their wives and not beget children; whoever does this, shall be deprived of the honor of the clerical office.

I understand the Catholic Church’s desire to increase the number of members, and in some sense by taking in these disaffected Anglicans and Episcopalians, they don’t have to go through the long conversion process – ready made Catholics, just add water. This looks to have all the markings of creating a community within a community. And what happens in the future when one of the young men who is currently being raised as an Anglican or an Episcopalian wants to join the priesthood. Will he be bound by the rules of the Catholic Church, or will he get special dispensation to be allowed to marry.

I think that the Church needs to rethink this celibacy policy and abolish it. Hey, if they could finally admit that Galileo was right after all these years, I’m sure there is enough room in the rectory for a wife and a few kids.