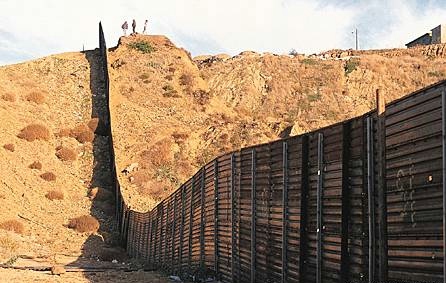 The Department of Homeland Insecurity has decided to strip Maricopa County Sherriff Joe Arpaio of his authority to arrest suspected illegal immigrants based solely on their immigration status.

When a reporter asked Willie Sutton why he robbed banks he responded, “because that’s where the money is.” Well Sherriff Arpaio would have his deputies conduct “crime suppression operations” in designated areas where there were large concentrations of illegal immigrants. Of course the Department of Justice is “investigating” whether or not the Sherriff and his deputies used racial profiling during the operations. So I guess the real crime being committed here is not the violation of immigration laws but the attempted enforcement of those laws.

What can we take away from this story? That progressive white guilt would have DHS and the DoJ look the other way when laws are being violated by some victim group? That any attempt to protect the border will be met with contempt from the progressives in this administration? That the current administration has no intention of stemming the tide of illegal immigration? That the only immigration reform that will be proposed will be to allow unlimited immigration and mass amnesty? Your Mandarin suspects that the answer to all of these questions is absolutely YES.

The issue of immigration is a simple one. Control the borders and regulate the number of citizens who enter every year. The canard that anyone who wants to stem the flow of illegal immigration really just wants to seal the boarder to keep out the Mexicans gets under your Mandarin’s skin. The truth of the matter is that as a country we should look to have the best and the brightest citizens of other countries immigrate. With illegal immigration what we get is a very large pool of unskilled labor which eventually puts a huge strain on an already overwhelmed social welfare system. Then again, our progressive friends would like nothing better than to turn America into a third-world country as a means of making us equals to the rest of the world.

And I’m sure that some progressive/leftist reading this will scream that these “undocumented workers” are only here to do the jobs that American’s won’t do. Well that is a load of crap. After the meat packing plants in the northwest were raided earlier this year and the “undocumented workers” were sent back to their country of origin, want to venture a guess as to what happened to these plants? Well I will tell you, the jobs were filled by American citizens.