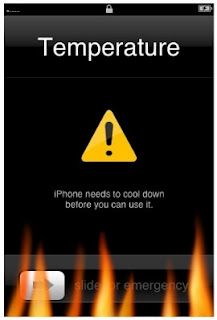 It’s been a while since I delved into a technical topic (aside from today’s earlier global warming post) and since I pounded on Apple. Let me say that I’m an equal opportunity critic and Microsoft and Google have both been a target of mine in the past. However, today, I’ll give you a double dose of Apple missteps.

First, in something that probably won’t make the “I’m a PC and I’m a Mac” ads, the Apple “sandbox” on the iPhone isn’t as secure as one would hope. “Sandbox” in this context refers to a protected area where an iPhone application operates without having access (or at least limited access) to other data and system information. Well it turns out that it’s pretty easy for apps on the iPhone to get the user’s phone number. And their phone book. And other personal information on the iPhone file system. Sun’s Java has long been a model of a decent “sandbox” environment, unfortunately, it looks like the Apple developers failed in this respect and are relying on their user community to identify and police these application intrusions. Apparently some iPhone app developers are using the data gathered (in particular the user’s phone number) to actually call individual iPhone users. “Can you hear me now?” Of course, an app could behave even worse and mine the location data that is present on the iPhone and send that out. “This is Joe Biden, I just wanted to let you know that the Gormogonicon 2010 is going to be at ……” One might argue that apps should have access to this information, but like the Java sandbox, it would be nice if Apple provided a security model where explicit permissions to access various data elements had to be granted to the application by the user.
Apple wants to install more stuff on your computer – accept or deny?
For a long time I’ve argued that Microsoft applications are a pain as they do things “for you” that you might not want them to do. MS Word is a classic example of such an application. Yes, you can turn a lot of this off. Other MS apps will pop up dialogs to the forefront while you’re busy with another application. Well, Apple is joining the party – the Apple Update Service (installed with a variety of Apple applications on the Windows platforms) has been annoying me on a number of my machines. After trying repeatedly to install Safari (no thank you), and the Bonjour network service (again, non merci), it is trying to install the iPhone Configuration Utility. This is a utility for a corporate admin to provision and configure iPhones in a corporate environment – I am not an iPhone user, nor am I a corporate admin provisioning iPhones. Apple wised up after getting numerous complaints about this. Apple is, in effect, foisting new applications upon users by way of an “update” service. Is it a serious issue? No. Is it an undesirable behavior? Clearly. One would hope a company advertising a better user experience (and generally delivers one) would do better.