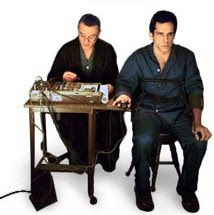 The Pew Foundation’s Project for Excellence in Journalism conducted a recent research effort looking at about a month’s worth of front pages of The Washington Post and found that 72 percent of the stories related to health-care were about politics, process or protests. Ok, so what, you ask? That leaves 28 percent of the stories left to actually deal with the content and details of the propositions put forth by either party. Is that the “fiercely independent media” that Dan Rather lamented and called for the White House to help with? Let’s hold that thought for a moment.

We’ve pointed out the rapid decline in the president’s approval numbers. While the president is an easy target and one that can be polarizing, the more significant numbers for me are the ones about congressional approval ratings. Most notably, a recent poll indicated that 57% of America wants to oust all of our congressional members. Another set of interesting statistics, pointed out by liberal blogger Charles Blow for the NY Times, is the question asked since 1976 – “How much of the time do you think you can trust the government in Washington to do what is right — just about always, most of the time, or only some of the time?”

The first poll taken in which this question was asked after Ronald Reagan assumed office found that 51 percent trusted the government in Washington to do the right thing just about always or most of the time. For George H.W. Bush, it was 44 percent, and for George W. Bush it was 55 percent. Now compare that with the Democrats. In Jimmy Carter’s first poll, it was 35 percent. In Bill Clinton’s, it was 24 percent, and for Barack Obama’s, it was only 20 percent.

Now, Mr. Blow doesn’t dive deeper into these numbers aside from a few shallow observations. Remember, democrats are the ones that tout, “Hope and Change” and deliver more of the regular Washington insider dealings (czars, lobbyists, partisianship). They proclaim leading the most “honest, open and ethical” congress ever and then hold closed door meetings, dealings with special interest groups and plenty of ethical problems. These things build up over time and as Jennifer Rubin points out, the liberal leaning media catches up they start reporting on elements of these issues. Once the public starts adding 2 and 2 together the distrust grows and grows and we end up with the polling numbers listed above.

20 percent trust the government now. Twenty. One in five people. Is this “hope and change”?

* no, I didn’t pick the picture for the cat sex-milking references…