By now, you’ve seen (and possibly have done) one of those on-line political quizzes to see where your political views fall on a coaxial scale. Many Gormogons readers probably fall to the right of center. Some of our readers, of those who can read anyway, may fall to the left.

Now that Gort has invented the Internet for us, we decided that each of us should answer the fifty or so questions and publish our resulting graphs.

Where do you fall compared to us? 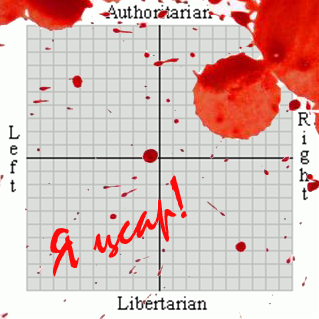 The Czar of Muscovy falls fairly to the right of center, but midway between authoritarian and libertarian. 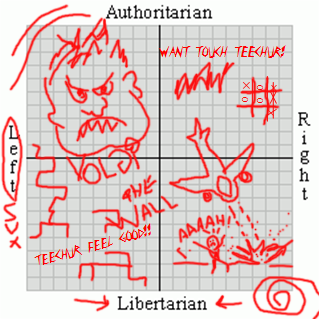 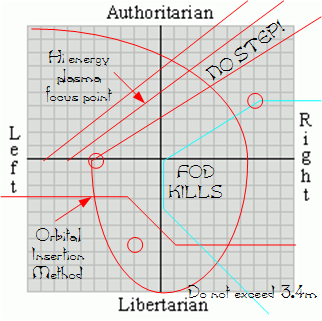 The Mandarin designed what appears to be some sort of orbiting super-weapon. 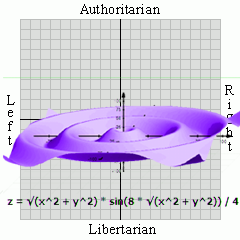 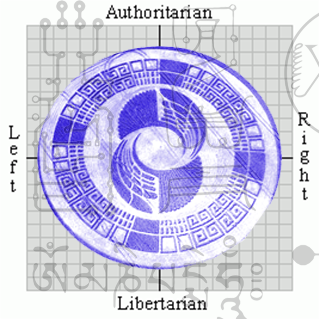 It ain’t easy to determine where the Volgi falls, but whatever it is, it is fairly beautiful.