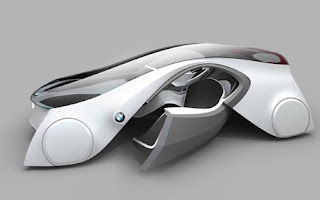 GorT and family bought a new car this weekend. We looked to cash in on some of everyone else’s hard earned money by trading in a 2000 model year minivan. Unfortunately, it did not qualify by a 1 MPG efficiency margin. The government “standard” for qualification is 18 MPG combined fuel efficiency. Regardless, the new purchase (of a semi-used dealer car) was well worth it and we’re looking forward to actually picking it up after the dealer cleans it up and adds a few things.

The cash for clunkers program is over, and here is what the website says:

The CARS program ended sales on the Monday night with nearly 700,000 clunkers taken off the roads, replaced by far more fuel efficient vehicles. Rebate applications worth $2.877 billion were submitted by the 8 p.m. deadline, under the $3 billion provided by Congress to run the program.

Issue #1: I’m not sure that the phrase, “replaced by far more fuel efficient vehicles” is accurate. Our vehicle was 1 MPG off from meeting the requirement. The replacement is an SUV which probably isn’t much different in “combined MPG” based on what the sticker reports. Maybe there was a restriction on what vehicles you could buy but I didn’t see any as I researched it. I would caution the government from using the adjective phrase, “far more”.

Issue #2: There goes $3 billion of taxpayers money to a subset of the nation. Only those who had older cars that likely in the past couldn’t afford a new car or could and didn’t want to shell out the cash. To all those who did qualify – you’re welcome for my donation to your car purchase. If the government is smart, they’ll offer a tax break to those who DIDN’T use the cash for clunkers program to offset this wealth redistribution program.

Issue #3: The dealership was in no shortage of activity – so much for all the bailouts needed, in my opinion. A little thinning of the crowds (or dealers) would have been welcome.