This reminds me of my larger theory, which I may get around to presenting to you sometime, that I believe that Nazi analogies should be more permissible in today’s political discourse than they are. Not personal comparisons of Politician X to Hitler, because Hitler remains a unique monster; but analogies to Nazi ideology and tactics, when accurate and appropriate.

Hmm. I seem to recall he had a rather different opinion when reviewing a book that pointed out that whole swaths of his own side’s ideology and program , while instantiated differently, drew from the same wells as Hitler and, in particular, Mussolini did. That was “tedious and inane—and ultimately self-negating.” For a demolition of his argument, see Jonah Goldberg’s reply here.

On he goes, saying,

If you read, for example, Adolf Hitler’s basic stump speeches from the pivotal 1932 election, you’ll see that he was often saying things – about the economy, let’s say – that are perfectly within the bounds of acceptable political discourse even today. They’re right wing, but within the bounds. I say this, obviously, not to make the point that Hitler’s economic policies were grand, but to make the point that carefully drawn analogies ought to be fair game.

We have also recognized, since at least the 1950s and in some prescient instances even earlier, that certain consanguinities between the far left and the far right did exist in those days, and that the Nazi program was in some respects a left-wing program, appealing on a class basis–and, always, a racial basis–to German workers and the petit bourgeoisie. It was not called National Socialism for nothing.

This authority? Michael Tomasky in his “Yes, yes, there are certain incidental points of similarity between fascism and liberalism, but come on, don’t be stupid” review of Liberal Fascism. He acknowledged National Socialism’s left-wing program (“in some respects”) when forced to by Goldberg’s argument (and evidence), but now he’s reverted to the “National Socialism is right-wing” trope.

For the record, was Hitler right-wing in the American sense as Tomasky would have us believe? As in free-market economics? Let’s go to the videotape.

Here’s Hitler rambling on in his usual, half-baked, pseudo-intellectual fashion to the Düsseldorf Industry Club on January 27, 1932. I’ve cut it down a little, for which you should thank me. For the whole thing, go here to page 93.

I may cite an example: you, Gentlemen, are of the opinion that the construction of the German economy must be based upon the concept of private property.… It is characteristic of all truly great revolutionary epochs in the history of mankind that they pass over, with unparalleled ease, forms which have become sacred only with time or which only apparently become sacred with time. …[P]rivate property is only morally and ethically justifiable if I assume that men’s achievements are different. … But if the results of men’s achievements are different, then it is expedient to leave the administration of these achievements to men to an appropriate degree.… [I]t would be madness to claim that, while there are doubtless differences in value in the economic sector, there are none in the political sector! It is nonsense to base economic life on the concept of achievement, of personal value and thus practically on the authority of the individual, while denying this authority of the individual in the political sphere and substituting in its place the law of the greater number—democracy.”

Quick translation for those whose eyes have glazed over: it’s time for the economy to be controlled by Big Men in cooperation with the state. Remember: when Hitler says “individual,” he does not mean what Americans hear: the free citizen operating on his own in a free market or political system. (Or “personal value:” not the inherent worth of every human, but how much better one man is than another.)

To Hitler, such a rule of “the greater number” is one of his most frequent criticisms of democracy. When he invokes “the authority of the individual,” authority is the key word. What he’s saying is that, because as is logical, economic life needs to be dominated by a few big players—corporatism—therefore so does the political system. The “individual” he’s evoking is the shepherd who can herd the sheep, not an entrepreneur, homo œconomicus, or a free citizen.

He’s implying none-too-subtly that the democratic Weimar Republic needs be replaced by a revolutionary new order in which authoritative business “individuals” will collaborate with an all-powerful state, as (he goes on to say, warming to his topic because it’s what he really cares about) all of Germany becomes completely unified under a Weltanschauung—world-view, ideology—which it’s lost under the chaos of democracy and the demonic threat of Bolshevism. What Germany needs is genius, in the old, scary Romantic sense. Economics were not Hitler’s long suit or even a primary interest, but his principle, as with politics, is that the Right People should rule without constraint. The great must dispense with morality, law, etc., which are designed for the little people for whom liberty is dangerous. The greatest good is the life of the nation as embodied in the ideologized God-State.

Now in what conceivable universe is this a “right-wing” program in the Anglo-American sense? Sure, Hitler hates the Bolsheviks, but that’s like saying because the Crips hate the Bloods, they’re on the side of law and order.

Hitler’s party may have been considered “right-wing” within the universe of radical-socialist parties at the time—especially in Soviet parlance because as Hitler notes, Trotsky has ordered the KPD to ally with the Social Democrats to stop the NSDAP at this point—but this is entirely relative and to a great degree a product of Soviet black propaganda. Hitler’s own taxonomy of the NSDAP (later in that speech, for example), placing the Center Party as an arm of World Bolshevism, is just hyperbolic demonization of everyone not him, not a rational construction of a political spectrum anyone should accept.

To imply, as Tomasky does, that the economic program of a socialist, authoritarian, corporatist party is analogous to that of the Anglo-American, small-government, rule-of-law, economic-liberty “right wing” is lunacy. (Especially when the American “Progressive” “left wing” has recently attempted to socialize the medical system, opined that it’d like its opponents to “shut up,” and effectively corporatized most of the auto industry.)

As Goldberg pointed out in his book, fascism was considered glamorous, Progressive, and modern, and a close cousin of Communism, just without the latter’s fetish for state ownership of the means of production. These ideas—and the emotions upon which they’re based—have deep roots in human nature. But I repeat myself:

As I’ve mentioned before, fascism is a hypertrophied version of some very deep human desires. Its endpoint is not swastikas and concentration camps, but that hardly makes irrelevant the fact that it‘s always—deliberately—taken away freedom and economic opportunity in the name of letting the Smart People, the Great & the Good, run things in a beneficent Third Way, unopposed by the messy multitude of interests that compete in an free, open, democratic system.

And while I’m there:

…interested readers should look at Chapter 8 of Liberal Fascism to look at what Goldberg (a Friend of the Gormogons) calls “Liberal Fascist Economics” and consider the direction of where we’re going and where we’ve been before under the New Deal and War Socialism, not to mention where Europe ended up under Mussolini and Hitler (or arguably, though he doesn’t mention it, Lenin’s NEP). Goldberg argued that our economic system was already fascist-influenced in important respects, and—although he hasn’t written on the topic—I suspect he’d say that the “bailout” is a massive dose of ’roids which will make those fascist elements bulk up and metastasize.

Not to mention the bankers’ and auto executives’ truckling and kowtowing to Congresses’ crackpot mandates is, moreover, classic behavior under fascism: big businesses seeking to protect themselves from competition or failure by giving the state control and sometimes ownership.

So why would Tomasky go out of his way to make the off-handed (perhaps reflexive) point that Hitler’s economic program was “right wing?” Tomasky believes liberals possess a magical je ne sais quoi that allows them to never participate in any coercive governmental action:

But where that collective urge crosses the line into coercion, well, that is where liberals–I mean liberals who know something about liberalism–get off the train, and do their noncoercive best to derail it.

Like Wilson’s imposition of segregation in the federal government, ministry of propaganda, attempted militarization of society, Sedition Act banning criticism of the government or military, imposing draconian censorship, founding his own Stasi informer-police in the APL, loosing the Palmer Raids, encouraging persecution of German- and other hyphenate Americans, and imprisonment of between 100,000 and 200,000 Americans on political grounds. Like when FDR set up the NRA to set prices, tried to pack the Supreme Court, used the American Legion as Wilson used the APL, unleashed brutal strike-breaking, and locked up a 100,000 Japanese- and a few thousand Italian- and German- Americans. Like when Harry Truman attempted to introduce compulsory health insurance and seized the steel industry.

That’s why good liberals shifted their votes to Coolidge, Dewey, and Ike, and excoriate Wilson, FDR, and Truman to this day, having read them out of respectable discourse. They haven’t? Ah yes. As Goldberg put it bluntly in his reply to Tomasky:

History is full not only of examples of liberals failing to derail the locomotive’s rush to coercion, but of liberals actually shoveling as much coal into the engine’s furnace as possible.

Given his premise of inherent liberal goodness, when Tomasky, perhaps without thinking, tosses off the hoary Hitler-as-right-wing trope, it seems to follow that: the Nazis were evil and therefore of necessity “right-wing.” Ironically, Tomasky appears to advance Goldberg’s proposition that liberalism contains within itself the seeds of a political religion. From here it smells gnostic and dualistic. Be sure to correctly chant its lodestar and mantra: The good is the left and the left is the good. 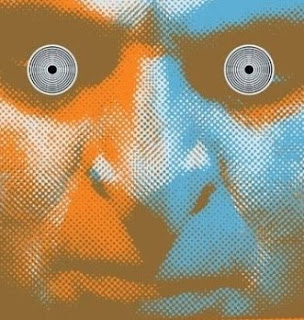