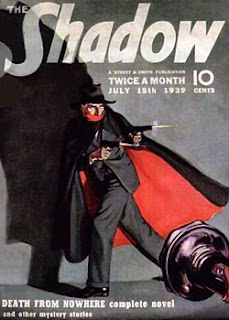 The Volgi pointed me at a recent post by one of my favorite authors, Orson Scott Card, over at the National Review Online in which he highlights a number of books in the Science Fiction / Fantasy genre that may interest readers. During my time-travels, I do enjoy a good SciFi book so I appreciate the prod and Mr. Card’s reviews – I do find myself generally dreading looking through what Amazon, Barnes & Noble, Border’s, etc. lump into the “Science Fiction” section for some of the reasons to which Mr. Card alludes.

Having mentioned this, let me take a slight tangent. Orson Scott Card authored a fabulous novel, “Ender’s Game” which won both the Hugo and the Nebula awards the year it was published. I will refrain from detailing the book, but a thread running through it is the mysterious intellectual and political blogging of two anonymous writers using the pseudonyms, Locke and Demosthenes. The entire series is worthy of a read for multiple reasons.

I don’t want to draw a direct corollary to the Gormogons but your favorite five here enjoy ourselves mightily and maybe, in some way, will influence others…not to political upheaval but to giving some thought and reasoning to the world around us. And yes, we too know what evil lurks in the hearts of men.