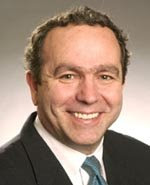 The nominee for Assistant Secretary of State is the hockeyly-named Kurt Campbell, who testified in his Senate confirmation hearings that the United States will not accept a nuclear North Korea.

Nor should it, and Mr. Campbell (80 GP, 20 G 36 A) correctly said the United States will and must protect South Korean and Japan. Quote: “If confirmed, I would use close bilateral and trilateral coordination with Tokyo and Seoul to make clear that neither the United States nor its allies will accept a nuclear North Korea….And there should be no mistake: the United States is firm in its resolve to uphold its treaty commitments regarding the defense of its allies.”

So, we have an obligation to prevent a nuclear North, but would be happy to talk to them as well.

The Czar agrees with both ideas, but is a little shaky on what the game plan is and how it differs from the hand-sitting going on today. There is some promising talk there, but we cannot rely on talk—we need a concrete plan of action. Which we do not receive. And no one requires him to detail out what he means.

He seems perfect for the Obama administration, sadly.