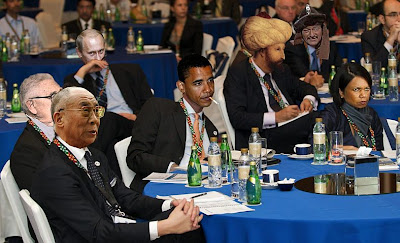 A synopsis of the Second Day of GormogoniCon 2009

8:30—Annie Get Your Gun (And Follow Me To The Nearest Union Leader’s House)!—Ghettoputer

‘Puter will entertain the assembled masses with a Broadway-style review and trick shooting competition using union flacks as target holders. ‘Puter will attempt his feats of marksmanship while drunk and wearing a blindfold. ‘Puter will then sing renditions of “You’ve Got To Be Taught (To Hate Unions)“ from South Pacific, “These Are A Few Of My Favorite Things (The ATF Theme Song)” from The Sound of Music, and “Jeannie’s Packing Up (Because of New York’s High Taxes)” from Brigadoon. ‘Puter will be accompanied by the recently abducted Vienna Boys Choir (thanks for the assist, Illuminati brethren).

10:00—Coffee Break (served by The Mandarin’s Vietnamese houseboy, Dat Ho, from his navel)

10:15—Peekaboo! I See You (From The Goromogons’ Geosynchronous Satellite Network 120 Miles Up)—GorTechie

GorT will regale attendees with taped and real-time film of people doing and saying embarrassing things. Highlights include President Obama telling Mrs. Obama he can’t believe the electorate fell for his “hope and change” schtik; Joe Biden trying to convince Pelosi to fund changing the undisclosed location’s location; LOL Cats; and loads more! GorT will take requests from the audience on what live time footage he will show. At the finish of his presentation, GorT will use UAVs equipped with lasers to graffiti a Gormogons tag on Kim Jong Il’s hidey-hole.

12:00—Lunch. Salmon mousse and scrapple was served, along with Colt .45, and a special guest appearance by Billy Dee Williams!

Spend a delightful afternoon getting to know the Gormogons’ newest contributor. The Mandarin will disclose his favorite color, turnons and turnoffs, favorite torture techniques and astrological sign. The Mandarin will discuss in detail his ongoing nonconsensual experiments on humans for purposes of endowing the subjects with superhuman abilities and malleable wills. For goodness sake, just don’t ask him about oranges. Anyone who asks Mandarin about oranges must pay a clean up surcharge, and compensation to the families of Mandarin’s victims.

1:45—Oriental Poetry: Not Just For Wusses Anymore—The Czar of Muscovy

The Czar will demonstrate how, through the selective use of stress positions and generous application of a tube sock filled with D cell betteries, even the most hardened Islamic terrorist can produce beautiful haiku.

Not my legs again!
Broken, like my will to live.
Allah, stop the pain!

The Czar will then show footage of the carnage that resulted from his playing of Barbra Streisand music at Guantanamo.

3:20—Snack break and waterboarding demonstration in the parking lot.

Your Volgi will deal with the most burning question in this year’s Gormogon’s fantasy world domination draft. Whom do you take with your first pick? The Golden Horde? The Ottomans? Your Volgi will break down the strengths and weaknesses of each contender in graphic detail. Drinking blood from your horse’s neck to sustain you on your sweep through Central Asia? Got it. Your Volgi’s speech culminates in a reenactment of an Aztec human sacrifice. A “volunteer” will be chosen from the audience. Get there early to get the best seat! At the request of some of the more squeamish attendees, there will a delineated spatter area (à la Sea World’s Shamu show). If you do not wish to be covered with gore, please avoid the red chairs.

5:00—Dinner at either The Manhole or The Cockpit, with entertainment by The Chippendale Dancers. The Czar maintains that the dancers are cartoon chipmunks.