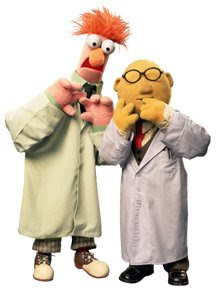 Over the next few days, I’m going to spend a little bit of space here conducting a little lesson in science surrounding the hype that is “Global Warming”, “Climate Change” and “Ocean Acidification” (the last one is a new term from the Big Environment / Big Government folks – watch for it). I’m not going to spin any of the data. What I will present is fact or laws of physics and thermodynamics. We’ve touched on parts of this before here, but I want to lay the ground work as the lessons proceed.

Energy Secretary Chu has stated that we should paint roofs white and resurface roads to a lighter shade in order to increase the Earth’s albedo and therefore reduce the effects of all this “global warming”. According to the all-knowing wikipedia, 70.8% of the Earth’s surface is water and we’ll assume Dr. Chu can’t paint water. Of the remaining 29.2% of the surface area of the Earth, let’s assume that 2% of that area is roads, pavement or roofs that could be painted or resurfaced. That’s 2,978,800 square kilometers (that’s slightly more than the area of the entire country of Argentina and about 1/3 of the size of the United States). I’m glad all those celebrities pledged to help Obama, because it’s going to be a lot of painting.

How much painting? Well, after just buying 7 gallons of paint for work around the home, one can get about 50 square meters of coverage per gallon of paint. The semi-gloss, high quality paint I just purchased was almost $30 for a gallon. Let’s say that Dr. Chu and POTUS Obama actually give taxpayers a break to encourage this and the special albedo painting prices is $15 per gallon. But to ensure good coverage, we need to apply two coats. Doing the math, we’re left with 119.15 Million gallons of paint required at a cost of $1.787 Trillion per application. Do we do this every three to five years?

We’re not done yet, about 40% of the atmosphere is clouds, which reflect the photons from the Sun. Now we do have to account for a few issues: most buildings and roads are not near the equator where most of the sunlight hits, white paint is not an optimal reflective surface and a significant amount of the Earth is covered in snow for a decent portion of the year. Furthermore, about half of the incoming solar radiation is long-wave radiation and changing the Earth’s albedo won’t affect it. We’ll knock it down to 40% for the first set of factors and then cut that by half for the long-wave radiation, leaving us with 29.2% of the surface times 2% targeted times a 40% adjustment divided by 2, leaving us with 0.01% of the Earth’s albedo changed.

So after the $1.787 Trillion of paint, what’s the net effect? Well, a 0.01% increase in the Earth’s albedo will cut the solar radiation from 236 Watts per square meter to 235.6 W/m*m which translates to 0.2 degrees Fahrenheit. One fifth of a degree. Is it worth it? Does it matter?

Tune in tomorrow when we look at those questions in Part 2: Real Climate Rules!