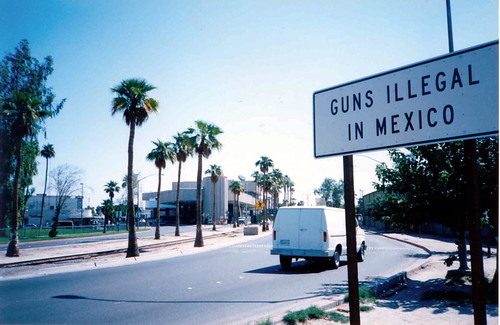 The NRA-ILA has recently sent out a Grassroots Alert detailing the Bureau of Alcohol, Tobacco, Firearms and Explosives’ efforts to question gun owners in states bordering Mexico regarding recent purchases. Their reasoning for the inquiries was that the weapons purchased were the types of weapons that were frequently recovered in Mexico.

Your Mandarin wonders why the government would feel it necessary to question law abiding citizens on their purchases. Where is the ACLU screaming bloody murder that people are being profiled, oh I forgot, they only worry about profiling when it applies to some “victim group”. I just love identity politics, but I digress. God forbid that a box of Twinkies are found at a crime scene in Mexico, because next thing you know the FDA or USDA may be coming to your home to question you about your recent prepackaged pastry purchases.

In the same email alert, there was story commenting on the GAO report titled “U.S. Efforts to Combat Arms Trafficking to Mexico Face Planning and Coordination Challenges” that you may find of interest.