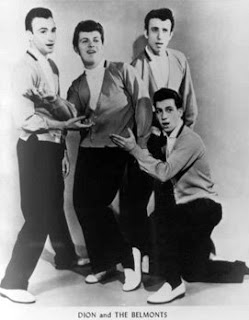 They’re nowhere near as good as Dion and the Belmonts.

‘Puter usually can’t figure out what E.J. Dionne, columnist for the Washington Post, is attempting to say, and today is no exception.

Mr. Dionne opines that President Obama is a foreign policy realist because first the president was chummy with the mullahs, and now the president is switching sides when it appears the revolutionaries may have a shot. See, to Mr. Dionne, this is President Obama acting in America’s long term interest. That is, President Obama must work with the mullahs to get rid of Iran’s nuke program (which until President Obama was elected, did not exist, but is now taken as a liberal article of faith, but no matter). ‘Puter doesn’t understand how selling out people working to overthrow an internally repressive government committed to the destruction of Israel and America works to America’s long term interest, but ‘Puter’s no syndicated columnist. Heck, Mr. Dionne, the protesters are doing America’s work for her. America should get out of their way.

Oh, and Mr. Dionne also says that it is only liberals who “stand for democracy, equality and freedom.” Unlike that clown Bush, who set up arguably the only currently functioning democracy in the Middle East (not counting the Israelis [& the Turks —Œc. Vol.]) by overthrowing another brutally repressive totalitarian government of Islamic flavor.

In short, isn’t President Obama’s foreign policy simply Carter II: Electric Boogaloo? Pick the losing side, then try to make nice with the winners you sold out after the fact? This must be the “complexity” to which Mr. Dionne refers. President Obama apparently understands such complexity, whereas ‘Puter cannot.

If that’s President Obama and Mr. Dionne’s liberal realism in action, ‘Puter’s got no need for them or their “realism.”