↓
Home→Equity→Whose House Is It, Again? 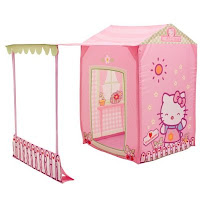 Many of the foreclosees recently have bemoaned the fact that the evil bank “is taking my house.”

Let’s examine that statement for a moment. Legally, if your name’s on the deed the house is yours. But if there’s a sizable lien on the property, despite the indicia of ownership, you’re at someone else’s mercy. In this case, the mortgage lender. In other cases, the greedy municipal property tax bastards, but that’s another post entirely.

In ‘Puter’s world, if you don’t own the entirety of something, it’s not yours. ‘Puter doesn’t really own all of his house; the bank owns a large chunk by virtue of its mortgage lien. ‘Puter’s really a glorified rent-to-own customer, with all the burdens of ownership. Being generous, let’s say the threshold for claiming “I own my house” is fifty percent plus one dollar equity. How many of the current foreclosees can make that claim? ‘Puter guesses none.

So, whiners who are blaming the banks for foreclosing according to the terms of their loan documents, shut up and pay or get out. You knew or should have known the deal when you signed your note and mortgage. You made a bet, and you lost.

*Hello Kitty owns her house. And she’s coming for yours.