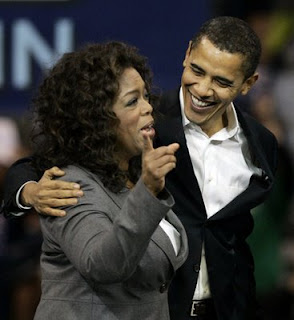 On my way home, I was flipping the dial around and, for a few minutes, was listening to Monica Crowley detail a number of the gaffes that the Obama Administration has achieved in the first 50-60 days in office.  I continued to spin the dial and with some good 80’s tunes in the background I thought about the gaffes.  Sure, some of them are minor but I started wondering if a pattern isn’t emerging?  We at a historic moment for the United States, with the election of the first black President but what are the outward signs of President Obama’s administration to date?

So, doesn’t this appear a little shallow?  It smacks of a Hollywood set – pretty on the surface, but paper-thin when examined closely.  Of course, I won’t be holding my breath waiting for a major news outlet to question why the President has time to go on Jay Leno’s show and do ESPN’s March Madness picks when we are facing the (choose which one of Obama’s terms you want) crisis/catastrophe/Pearl Harbor of the economy.  Previous President’s have been grilled in the press for less.  One might excuse it if his Treasury Department was fully staffed, but at last check, the Secretary of the Treasury was short more than a dozen Presidential appointees.
Of course, if he wasn’t busy in the green room getting ready for his next TV spot, President Obama might take notice of the ensuing he-said-she-said battle brewing between Sen. “Protected AIG bonuses” Dodd and Sec. “Sole Man at the Helm” Geithner.  Even the liberal blogs are picking it up (caution link takes you to one of said liberal blogs).