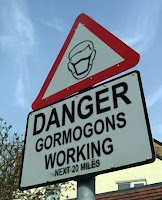 Allow the Czar to make a slight rebuttal to GorTechie’s otherwise brilliant post. This rebuttal is only to clarify some potentially disparaging remarks made about baseball, a “past time” near and dear to the Czar’s heart. We played it as kids, when it was called бейсбол, and although the strike of 1989 left the Czar angry and isolated, he returned to the game in 1998.

The Czar is no fan of soccer, but shares none of the suspicion Mr. Webb holds…although the Czar may keep one eye on world football going forward. With that, the Czar supports both the Volgi and GorTechie and their respective views. And Mr. Webb’s near tinfoilage, too.

The Czar’s objection is that baseball should not be an explosive sport; the game enjoys the elements of multiway chess: strategy, tactics, thinking ahead, and ultimately a roll of the dice. The long, drawn-out stretches of nothing happening on the field, which alienates so many people, is but a farce. Observe everything happening in those few seconds between pitches. Watch the signs exchanged by both dugouts. When the batter holds his bat still and takes a fast ball without swinging, watch the left field subtly walk ten steps to his right, knowing the batter so well that he won’t lay off the forthcoming breaking ball, and will golf the ball right into the fielder’s glove. Watch the runners on a 3-2 count as they take off running during the wind-up. Enjoy the stare-down between pitcher and batter, and try to picture the often hysterical dialogue between catcher and umpire as the former tries to throw off the batter with unintentional help from the latter. Spot the first baseman’s ankle turn as he awaits the pickoff attempt. If you know it’s there and what to watch for, it’s great fun.

On a two-out, bases-loaded, 0-2 count, watch how the manager’s battle in silence, one side trying to reassure a stressed pitcher while positioning the players, the other side trying to leash a frustrated batter against swinging wildly while the base coaches try to keep the runners watching them, not the ball.

The Czar is comfortable in predicting that GorTechie can make similar arguments about professional soccer: watch the set ups, watch the strategy, and watch the complexity of the tactics when executed. To the Volgi and Czar, who do not know these things, soccer can seem long and uneventful. But if you forget about the ball, and watch the game…then there is excitement throughout.