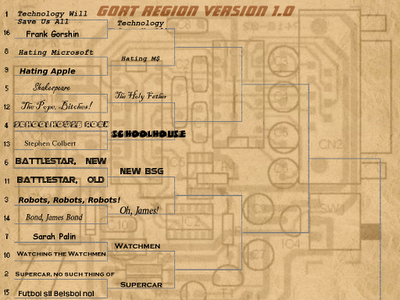 …this is post number thirteen. Oh wait, damn it, that’s binary. Sorry, this is post #1,101 and I’ve been shamed into putting graphics to my bracket.